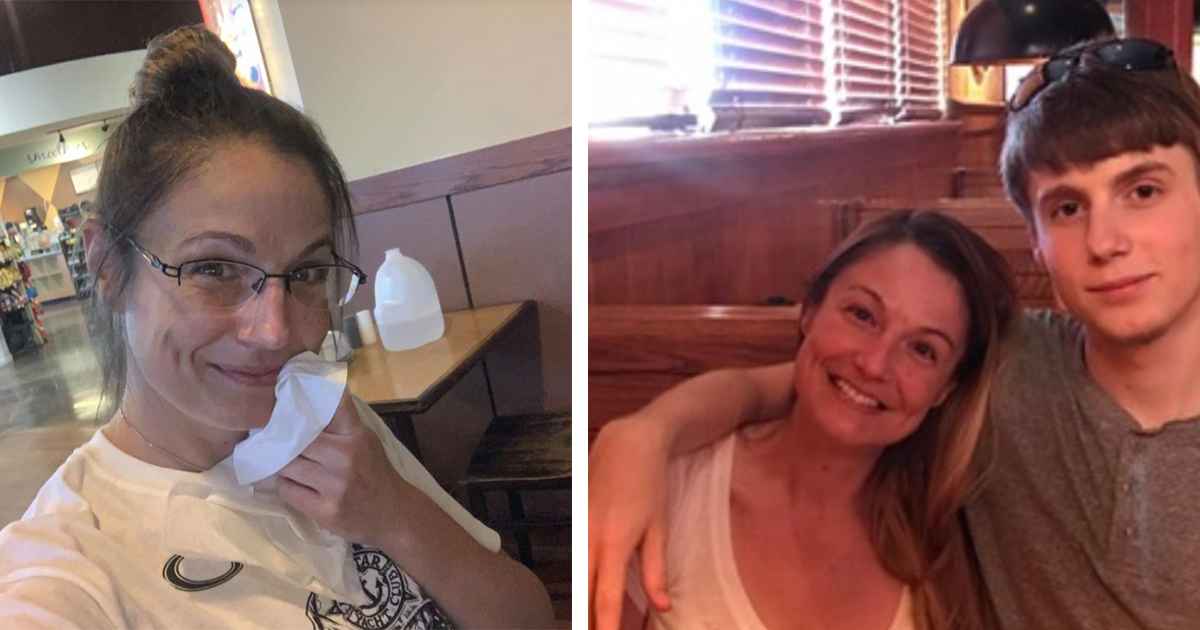 A mother and popular weekend weather reporter from Lubbock, Texas, has died by suicide two years after losing her teenage son the same way.

As per tragic reports, Kelly Plasker never truly recovered from the death of her son shortly before his 20th birthday in 2018.

The single mom, who worked for NBC affiliate KCBD was described as “a bright spot in our weekend mornings, and in our lives,” by co-workers.

Kelly made it clear that she was battling her own demons this year, and opened up candidly about her struggles on social media before taking her life.

She wrote on Facebook: “I got thrown off course in high school by a man twice my age.

“My band director, using his time at Frenship high school to find his new ‘soul mate!’ He was supposed to be somebody looking out for me, but instead of looking out for me he looked at me in ways that men should not look at children. And I realize now that predators pick off easy prey. Particularly those without much family support or resources.“

Kelly, a mom to two other children, continued: “The bad habits and games being in that 5-year long relationship can be called grooming and abusive at times call it total manipulation.

“I have unfortunately carried into relationships of mine that would’ve probably been beautiful had I not been convinced that I wasn’t worthy that I was never going to be good enough for anybody.

“He snuffed out my future and my ambitions in the most influential time of my life, my prime when I had so many doors and opportunities to explore but he was selfish convincing me that he didn’t want me to leave Lubbock Texas.

“Thanks all,” she wrote, “I needed to get out there as my final confession for the sins I am responsible for adding to the cross. I love you my friends. My brain is broken and I cannot take it anymore.”

Her post has since been shared well over a thousand times, with friends and loved ones spreading it to remind people to always think of others.

Kelly’s death came a little over two years since the passing of her son, Thomas, who took his own life in February of 2018. More than 200 people reportedly attended the 19-year-old’s funeral, but the loss of her son obviously affected Kelly deeply.

The sad truth of the matter is that anyone can fall prey to their own thoughts. Mental health is just as important as the treatment of any physical injury, if not more important, and we must learn to always look after one another … because you never know what they’re going through.

Rest in peace, Kelly. We hope you’re safe in the Lord’s arms with your son Thomas.

Share this article to pay your respects to Kelly, and to remind people to be nice to each other … always.