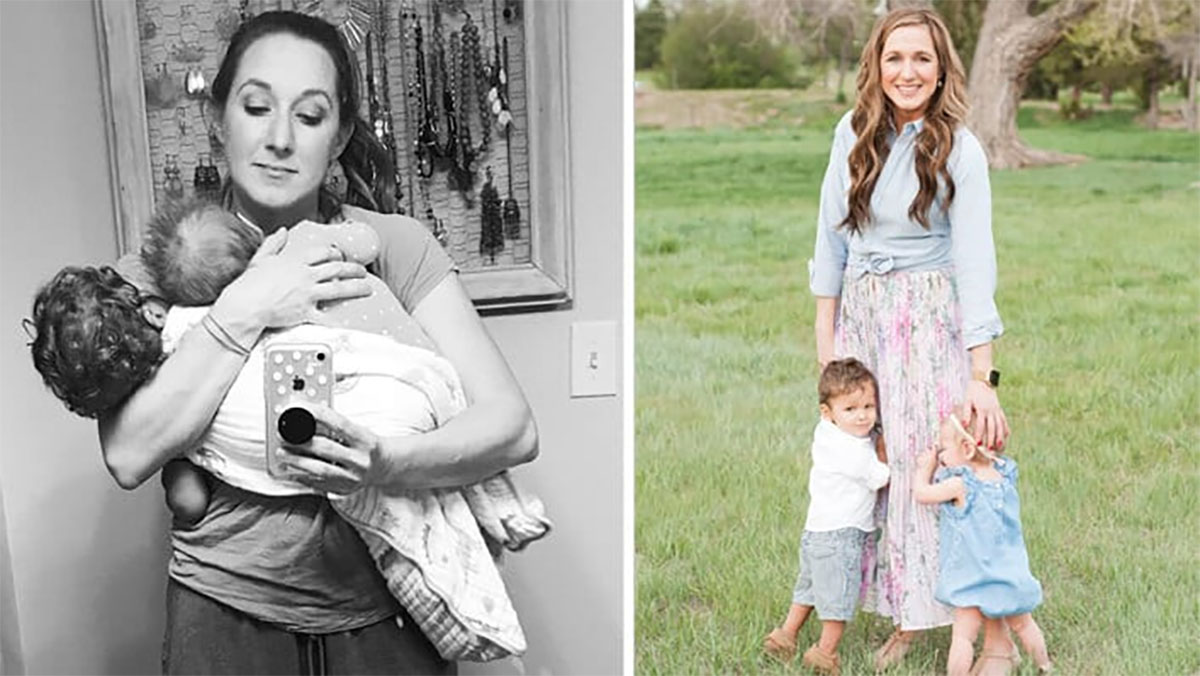 When one woman’s marriage came to an abrupt end she was in her early 30s and felt like she had no direction.

Katie Page moved into a new home in Colorado and changed her career but still felt like there was something missing – until she received an email from her pastor.

He asked Katie if she was interested in fostering a child. Katie had experienced fertility issues in the past and had considered adoption so decided to find out more about fostering.

She started attending meetings about fostering and knew this was the path for her. She then went on to foster four children before taking the leap into adoption.

In 2016 she learned about a 4-day-old boy who had been dropped off at a local hospital who had no name.

She called him Grayson and took him in; baby Grayson stayed with her for nearly 12 months and Katie fell in love with this little boy.

After the court terminated the parents’ birth rights Katie adopted Grayson when he was 11 months old.

As Katie settled into full-blown motherhood it wasn’t even two weeks before her caseworker called again and told her about a newborn girl who had been dropped off at the same hospital.

Katie felt scared and overwhelmed by the prospect of taking in another baby but her instinct was telling her to take this baby girl in.

“I know over the next 10 minutes and subsequent phone calls I made that afternoon, the phrase ‘I know I am crazy, but God is telling me to say ‘YES’ kept coming out of my mouth,” Katie said.

It was only a matter of hours before baby Hannah was brought to Katie’s house but it was when Katie was looking at Hannah’s hospital bracelet did she make a startling discovery.

The new mom noticed the birth mother’s name on Hannah’s bracelet was the same as Grayson’s, she then checked Hannah’s adoption papers and the mom’s birth date also matched but her two babies looked completely different.

“Grayson is half African American with beautiful darker skin and dark curly hair,” Katie wrote on her blog. “Baby Girl has a pale white skin tone with straight red-blonde hair.”

Katie tracked down her children’s birth mother and arranged a DNA test which confirmed Grayson and Hannah were in fact half siblings.

“What if Baby Girl had gone to another family?” Katie asked in her blog post. “We would have never found her or Grayson’s mother. The connection would have never been made! I could not believe the miracle that had just happened.”

“That day I said ‘Yes’ to taking the Baby Girl I felt the strangest feeling ever. I don’t think I had truly until that moment felt a undeniable calling from God (or whatever higher spirit you personally might believe in).

Katie has continued on her single-mother journey of fostering and adoption and with more than 90,000 followers on her Instagram page she is a true inspiration describing herself as a “perfectionist making the most of my very imperfect life.”

The mom has even found love and adopted another baby, their little brother Jackson. Now she is fostering a teenager and sharing the challenges and excitement on her social media and YouTube pages.

What an amazing woman and mother and a great reminder to follow our hearts more; for Katie it’s meant the path the true happiness.