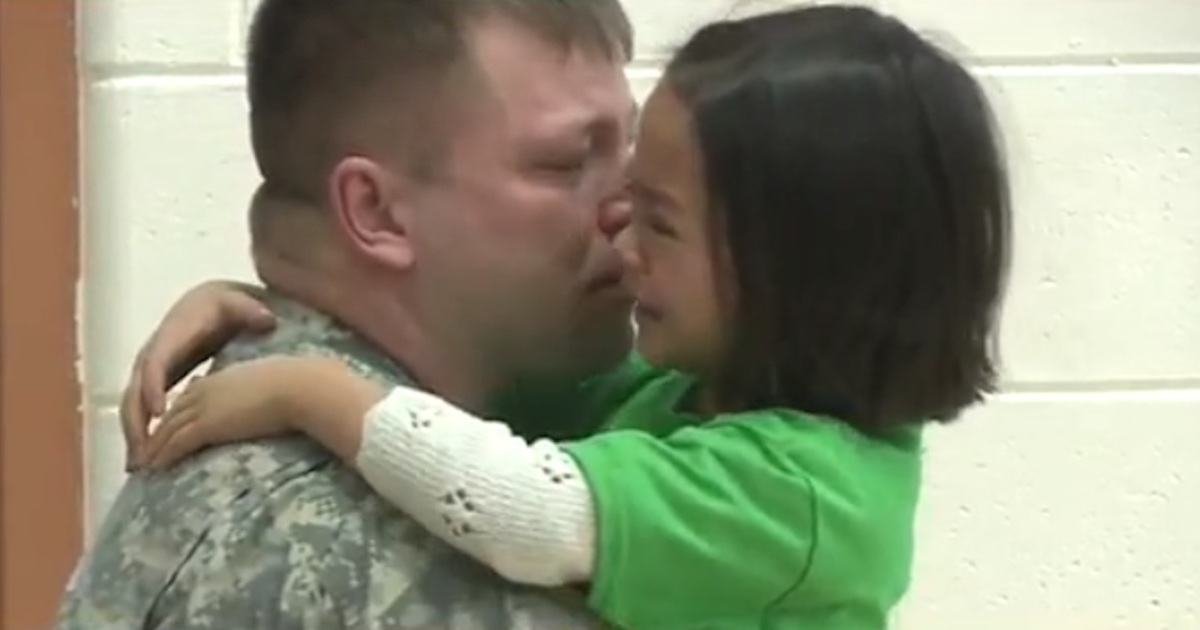 There’s nothing like seeing childhood friends, long-lost lovers, or soldiers and their families come together after a long time apart. There’s the joy on people’s faces when the see each other after so long. There’s the flood of tears that comes from knowing that their time apart is over. And sometimes there’s also the element of surprise. Recently, soldier Joshua Withers returned home after a three-year military assignment abroad. While his wife, Alicia, was obviously expecting him, Joshua decided to surprise six-year-old daughter, Bianca, with his return after she returned home from school. But unbeknownst to Joshua, Alicia had an even bigger surprise in store for him. She told Joshua that he needed to attend a meeting with Bianca’s teacher and that he needed to wear his military uniform to the meeting. But when Joshua showed up at his daughter’s elementary school, Bianca’s teacher wasn’t the only one waiting for him. The whole school was assembled in the gym where they had organized a special homecoming. And among the people waiting for him? Bianca, who just as surprised to see her dad as he was to see her. See the emotional father-daughter reunion below!