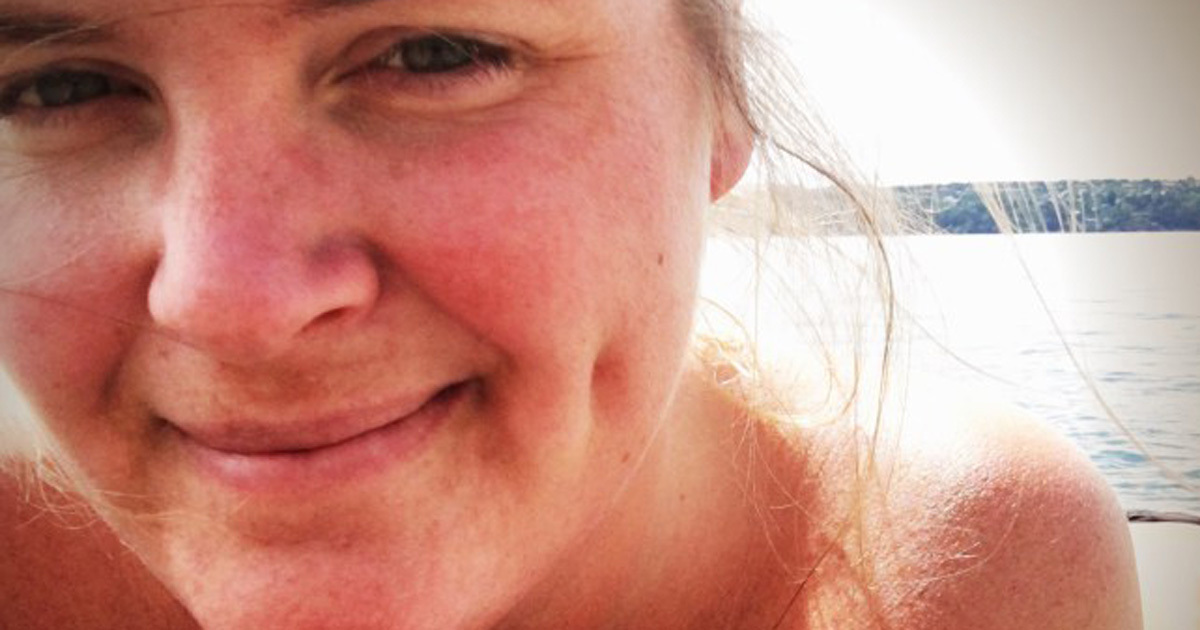 We recently covered the story of Lotte, who was mocked by a stranger on the beach – because of her stoma bag. A stranger told Lotte that it was “disgusting” that she should expose her ‘feces’ like that, and that she should put some clothes on and conceal her stomach area.

Popular Norwegian blogger Thea Klingenberg was moved by Lotte’s story – and came with a powerful response.

Read the text below – please note that the text includes some mild profanity.

Think it’s your human right to enjoy the sun on a sandy beach, roll around in a swimsuit and enjoy? It is not. I read about Lotte with stoma bag, who was asked to put clothes on when she was on the beach. A stranger simply approached her and told her she shouldn’t be wearing a bikini.

I agree that not everyone deserves to enjoy the sun and beach, so I threw a small list together.

Stay away from the beach if you:

– Are an asshole. If you know you’re an asshole, then it’s pretty simple; do not go to the beach at all, ever.

– Are easily offended by seeing other people. They will be on the beach, they will walk, lay down, and sit on the same beach as you, they will talk, maybe even have fun. If you do not like other people at all; stay at home.

– Think that people with bodies different than yours are ugly. If you get angry or feel nauseous when you see someone with love handles, a big butt, skinny legs, a stoma bag, underarm hair, people walking with crutches, wrinkly skin or simply, a skin tone very different than your own, do not go to the beach. That’s the dumbest thing you can do actually. Stay far, far away from the beach.

– Have an easy time telling people what you don’t like and/or that you don’t like them. If you’re the kind of person who just can’t seem to help sharing bad comments with others, rolling your eyes, moaning, hating, or spreading bad vibes, then you just don’t fit on the beach. Take your bad attitude home, and stay there until you have something nice to say.

– Hate children. Many beaches are frequented by children, if you really don’t like them, stay home and surf the web, at least that way there will be one jerk less on the beach. Why not google child-free beaches, where you won’t feel so deeply bothered by the presence of children building sand castles and having a nice time. The easiest thing would probably be to try working a little on your hatred of children, but if that’s not an option, I recommend scouting less child-friendly locations. These places are catered for less child-friendly people.

– If you are the type of person who can’t seem to resist taking inappropriate pictures of strangers, and then body shame or sexually harass them over the internet, you should stay away from beaches. There the temptation will be great, and oh, such photos could both constitute a crime and destroyed a person’s life. I strongly advise staying at home.

– Dislike sand, sun and water. If you don’t like one or more of these three, you should not set foot on a beach.

– Throw garbage around wherever you are. If you are one of those people who seem to like the feeling of creating a mess aroudn you of beer cans, cigarette butts, used paper towels and plastic bags, and basically can’t control yourself when it comes to pollution, then it’s best you stay home, and as far away from beaches as you can.

– Feel free to sexually harass people you see on the beach. If you are the type who thinks it’s okay to harass, attack or be unpleasant towards people in swimwear, never go to the beach. That’s the dumbest thing you can do, actually. Stay home until you know the difference between courtesy and harassment.

And that’s about it! Is there anything I’ve forgotten?

Wishing you all (both those staying at home and all the rest of you) a wonderful summer!

This text was published with permission from Thea’s blog, Theaklingenberg.no.

Did Thea leave anything out? Do you agree with her points? Share this article if so!