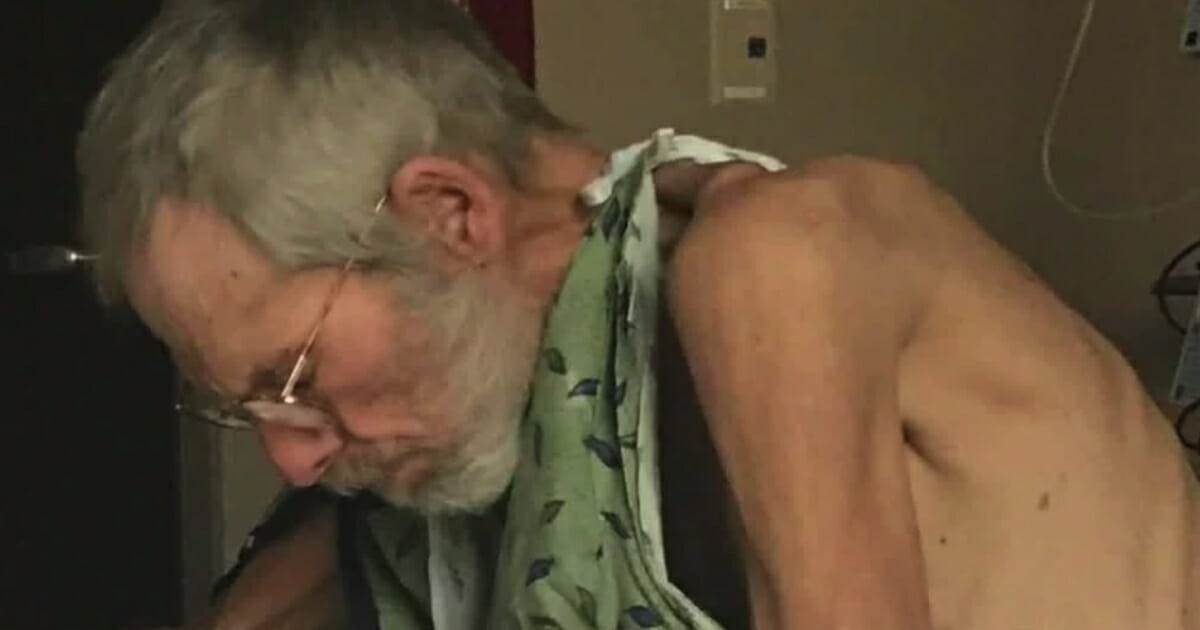 With everything that goes on in today’s world, and the masses of information we’re forced to swallow on a daily basis, it’s easy to ignore the issues right in front of our faces.

Despite the fact we want to help others; despite having the intention of doing the right thing all the time, so often do we focus so much on our own lives that others become mere background noise.

Fortunately, this wasn’t the case with Stephanie and Al Blackbird of Arizona. The couple were in one of the richest areas of Scottsdale when they encountered Alan Vandevander in a Whole Foods. He had a $5 bill in his hand and a confused look upon his face as he perused the candy.

Stephanie and Al decided they wanted to try and help him …

As per ABC 15, Blackbird said: “We saw him just holding this five dollar bill and just kind of wondering around. He didn’t look well… He looked lost and I couldn’t walk away, I couldn’t in good conscience walk away without at least checking on this man.”

“I started looking for him in 1990 and I kept coming across dead ends," said Alan's sister, Julie Vandevander. She says…

It transpired that Vandevander was looking for Life Savers. He needed sugar, and was afraid that without it he might pass out.

“I was still concerned and before we left the store, I found him again and he looked very unwell,” Blackbird wrote on the GoFundMe page they started for him.

“I approached him and asked if he needed help to find something.

“He said he needed sugar because he felt weak from low blood sugar. After getting him some candy, I realized he was very very thin, and needed more than candy. We got him a sandwich and some water, and got him seated while I visited with him.

“We made a connection, he explained he was homeless, living in the desert for over 20 YEARS in the midst of Scottsdale’s affluence.”

The Blackbirds returned home from the store, but they couldn’t forget about Vandevander. He was vulnerable, skinny and lonely. Just two days out from Christmas, they went out looking for him.

After two hours of searching for him via the way he’d described the camp he lived in, they came across his rough setup. Stephanie took a video of the moment, captioning it with an explanation of their search.

Though Vandevander was reluctant to accept their help, he eventually went with them to a hospital. It was only then, though, that the reality of his unique situation became apparent.

The Blackbirds knew that Vandevander was skinny, but at the hospital it was determined he was actually not too far from death. He was severely malnourished, dehydrated and had suffered a heart attack before.

What’s more, he had family living in Indiana. He and his sisters had endured terrible, abusive childhoods, and their mother had been murdered. His sisters yet lived, however, though they believed him dead.

“I started looking for him in 1990 and I kept coming across dead ends,” his sister Julie said. “I never ever thought I would hear from my brother again.”

With the help of the Blackbirds, Vandevander has established contact with his sisters and they spoke for the first time four decades on the phone before Christmas. One of them, Julie, hopes to visit her brother soon.

Now for the third and perhaps most incredible surprise: Not only was Vandevander a veteran of the Vietnam war, but he’d distinguished himself in service to the extent where he was awarded the coveted purple heart.

The GoFundMe campaign set up by the Blackbird’s currently has over $3,800 in donations, and things finally appear to be on their way up for a man who had no hope before wandering into a Whole Foods one day.

We can’t quite believe Vandevander’s story! Here’s to Stephanie and Al Blackbird for making the impossible possible.

If you thought this turn around tale was truly special, share it with your friends and family on Facebook!