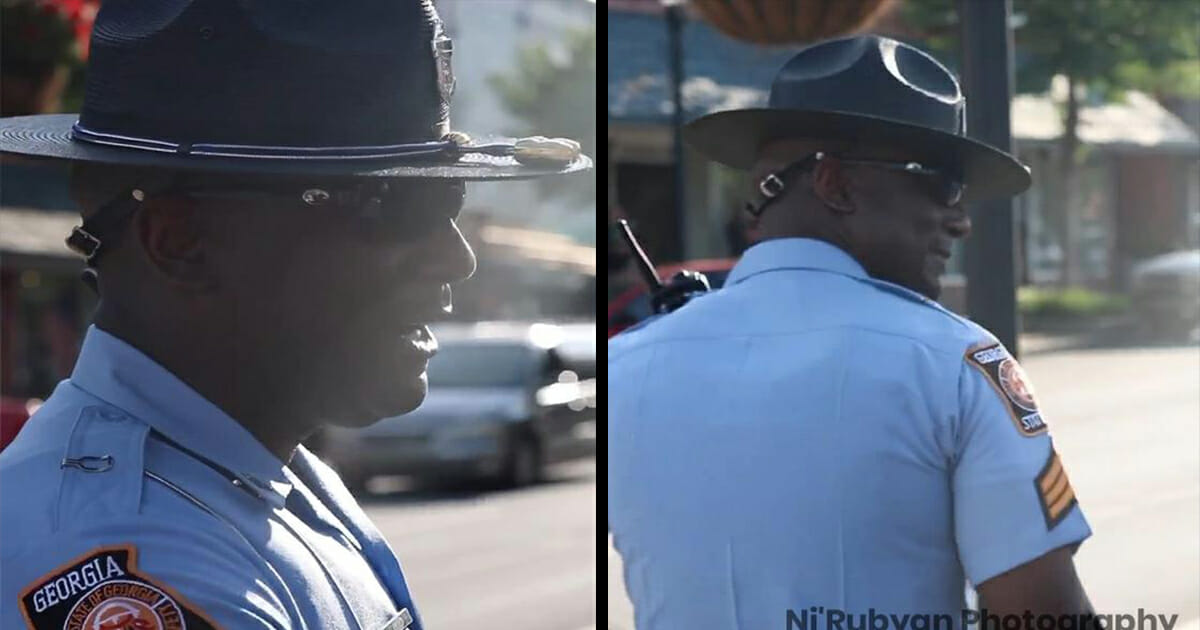 A law enforcement officer in Hartwell, Georgia is going viral after telling protestors supporting the Black Lives Matter movement that he only kneels for God.

As seen in a video uploaded to social media on Sunday, Georgia State Trooper O’Neal Saddler said that he had originally planned to spend time with his family, but canceled them so he could keep protestors safe.

A Black Lives Matter rally was scheduled to take place in Hartwell, around 55 miles out from Athens, and Saddler said he felt it was important he was there.

In the video, Saddler can be heard saying: “If I didn’t have any respect, I wouldn’t [be here].

“I was supposed to be out of town this weekend with my wife. I took off today, this weekend, but I’m out here to make sure y’all are safe.”

Watch the video of Saddler below:

When protestors then asked Saddler to kneel with them in a show of solidarity, he declined.

“I have much respect, but I only kneel for one person,” he said.

“And that’s God,” replied someone in the crowd, to which Saddler affirmed, “God.”

The clip, which is but 18-seconds long in its entirety, was posted to Facebook by Ni’Rubyan Photography, where it quickly racked up more than 100,000 views.

Thank you, Trooper O’Neal Saddler, for canceling your plans to ensure the safety of protestors in Hartwell.

What do you think to his stance about only kneeling for God? Let us know in the comments box.

Meanwhile, share this article if you support the Black Lives Matter movement and all that it stands for.