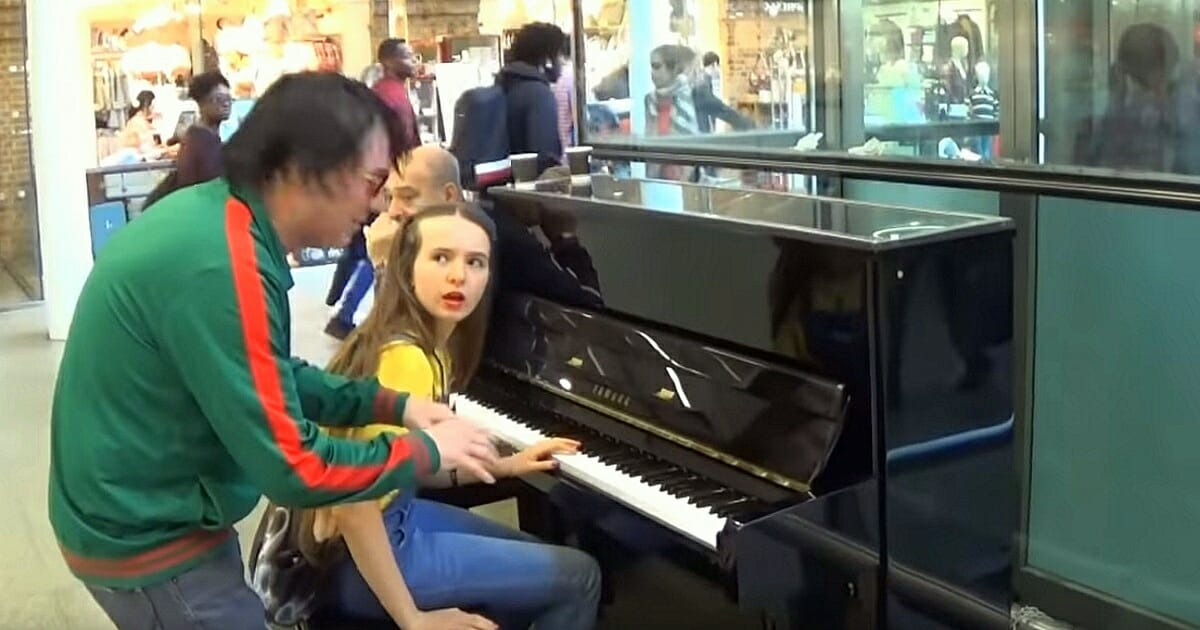 When it comes to pianos in public places, you never quite know what you’re going to get.

Some of the most powerful viral videos of recent years have been conjured by seemingly random strangers pulling up a pew and going to work on the keys. Of course, not everyone is Mozart in disguise, but for the most part those with the confidence to play public pianos do so for good reason.

One girl was playing a public piano when a stranger sat down beside her and tried to take over. What followed was a duet that stole the attention of passersby …

Video footage shows a young girl playing contently on a public piano, before a man approaches and seemingly tries to take over. In the beginning, the girl resists, telling the man to find his own piano as she’s practising.

After a few minutes, she eventually relents, though the look on her face says more about her true feelings than any words can.

Just a few short moments after the man begins to play, however, the atmosphere changes. The girl begins to clap her hands, and before long onlookers are stopping to do the same.

One of them – a man in a hard hat – decides he, too, wants to get involved in the impromptu performance. Together with the girl, they join the man on the piano and begin a show that leaves the people present positively spellbound.

To see just what we’re talking about, watch the video below:

It’s so enjoyable to see gifted musicians expressing themselves in the way they know best.

If you thought this performance was a lot of fun, share this article on Facebook so that your friends and family can see it too!