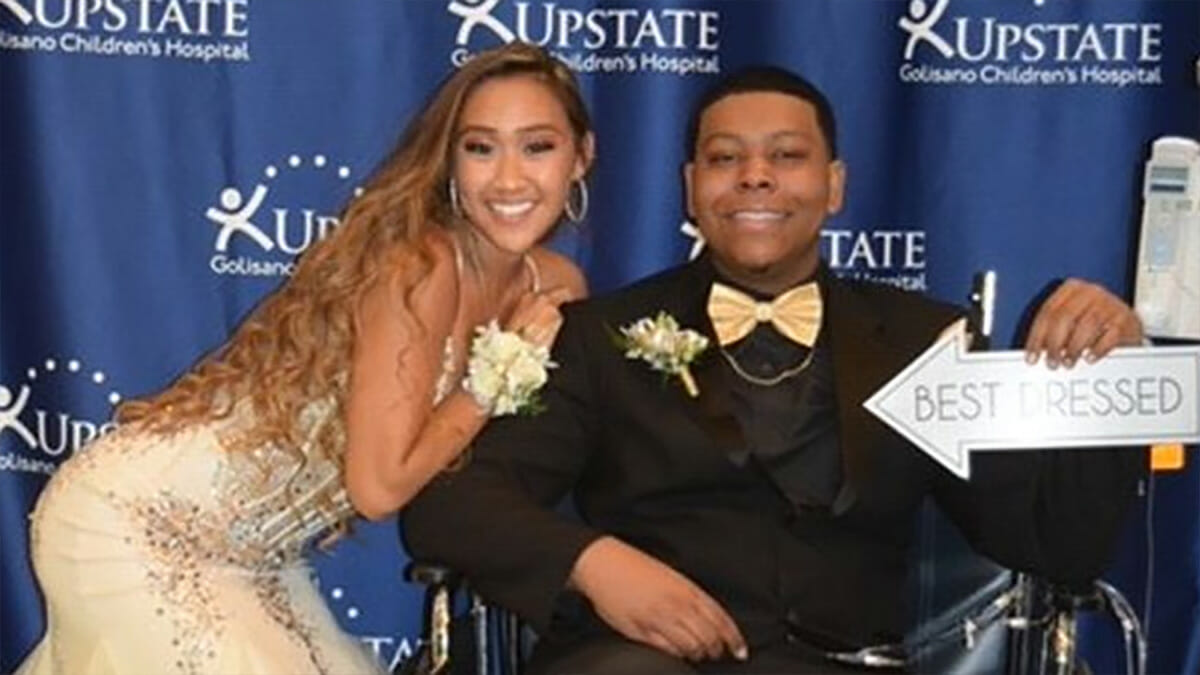 A student who had his senior ball in hospital because he was too sick to leave, has lost his battle with cancer.

Family, friends and staff from a hospital in Liverpool, New York rallied around to ensure Ilijah Barron did not miss his school ball in 2019 and he went on to graduate.

Ilijah, who had been battling bone cancer for more than two years, woke his mom who had been sleeping next to him in the hospital to tell her he was “going home” the day he passed.

His mom Nelisha Barron told her son it was “okay”, as per Syracuse.com.

In June 2018 the courageous student went viral after a video was posted of him surrounded by family and friends who bought the senior ball to his hospital room.

He had been looking forward to the ball but as the date got closer the pain got worse and he wasn’t able to leave his bed at Upstate Golisano Children’s Hospital to enjoy the prominent occasion.

A warrior who fought hard

His mom decided to do all she could to bring the party to him and he and his friends dined on Dinosaur Bar-B-Que pulled pork and ribs, mashed potatoes and macaroni and cheese as music was played on a student’s cell phone.

Ilijah went on to graduate from Liverpool High School and was described as a “warrior” who “fought hard.”

His last words to his mom were “I love you, and I want you to stay strong and be OK,’’ mom Nelisha Barron said.

Ilijah was even able to drive to a community college after he graduated to take courses.

“He loved college,” Nelisha said. “He made friends and finished a whole semester with a 3.6 GPA. But that November, he started to decline again.”

He died peacefully, with his family at his bedside, she said.

“I’m grateful he doesn’t have to endure that pain anymore, ” his mom said. “He is in a better place, and I have all these wonderful memories. I know he is with God now.”

A fundraising campaign also has been set up to help with Ilijah’s funeral expenses.

Watch the beautiful moment that his friends and family bring the ball to Ilijah in the clip below.

His family will always have this special memory of their brave warrior.

Graduating and continuing his education must have been so hard when he was in so much pain, he is a true inspiration and his memory will live on.

Rest in peace Ilijah, I’m glad you’re no longer in any pain. Please share to pay tribute to such a special person.