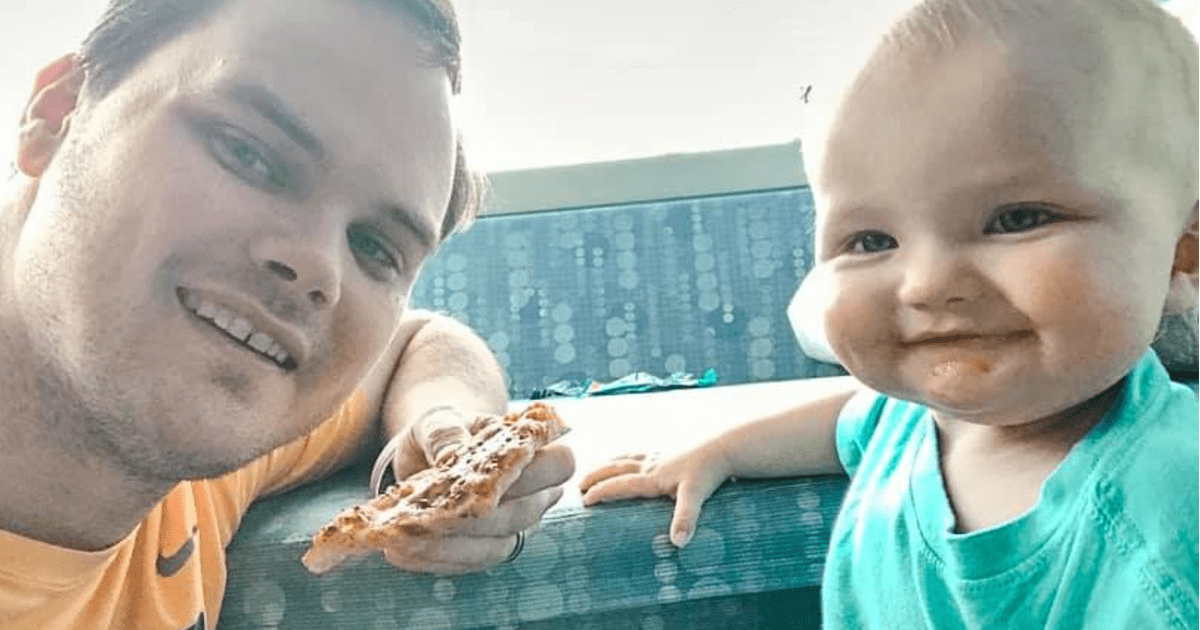 On November 29, 2017, David and Megan Green’s lives changed. They welcomed their daughter Kinsley Michelle Green into their family.

“She was perfect. Kinsley was the best baby,” Megan wrote on Love What Matters. “The kind of baby other mothers would be jealous of.”

But before their perfect little daughter had her first birthday, something happened. The couple noticed a change. They brought Kinsley to the doctor several times over the course of a few weeks, and each time they were told whatever she was going through was normal.

On October 22, Megan noticed a rash on Kinsley’s legs. She contacted her daughter’s pediatrician, they told her to come in.

“Once Kinsley and I walked through the door, our pediatrician took one look at Kinsley and told us to head to the Emergency Room at Huntsville Hospital.”

The doctor feared Kinsley had a blood infection and time was of the essence.

Incredibly humbled this Christmas season. God gave His only Son to save us. Let that sink in. Do you really understand…

Megan wanted her husband with her when she brought their 10-month-old daughter to the hospital, but David, a high school teacher and football coach in Huntsville, Alabama, was at practice and unreachable. Still, Megan contacted his colleagues’ wife and hoped he would get the message.

After six hours of tests, a doctor and two child life specialists broke the news.

“We are so sorry, but we believe your daughter has cancer.”

Those words set the Green family on a path they never could have imagined. Their little girl was diagnosed with acute lymphoblastic leukemia in October 2018.

Since Kinsley was less than a year old when she was diagnosed, she required an aggressive treatment plan. This meant she would have to remain in the hospital for days, weeks, months on end.

“We have spent roughly 150 nights in the hospital, and we have many more to come,” Megan wrote. “During all of this, I have not left Kinsley’s side.”

While Megan decided to quit her job in order to stay with Kinsley, her husband David, who has to drive an hour and a half each way from their home to the children’s hospital, has been using accrued sick days to spend time with Kinsley.

But there came a point when David ran out of sick days. Megan got an idea and crafted a Facebook post asking for help.

David is officially out of sick days at work. We want him to continue to be able to be with us at the hospital while…

“Kinsley is the biggest daddy’s girl and needs him to be here as often as he can, so she would be so thankful for any donated days so she can spend time with her Daddy,” she wrote on Facebook asking fellow teachers from Alabama if they would be willing to donate their sick days to David.

The response was massive.

“We were hoping to get a couple days so he could be here once a week,” Megan told CNN. “It is a huge blessing and we can’t wait until we are in the position to give back and help others.”

The couple was hoping for 40 sick days–Kinsley still has three to four months left of inpatient treatment–but they were blessed with 100 days.

“I could not imagine having a child and being away from the child,” Wilma DeYampert, an assistant principal in the same school district as David, told CNN. “So, I just thought it was the right thing to do. My mom always said, ‘You don’t have to be rich to bless someone.'”

DeYampert donated two sick days, even though she was just diagnosed with breast cancer in February.

The family also has a GoFundMe set up as well as an Amazon wish list.

What these teachers did for David was incredibly selfless. They were all entitled to their own sick time, but they chose to donate it to a man they never met.

Share this post to acknowledge the teachers who were kind enough to donate their coveted days off.