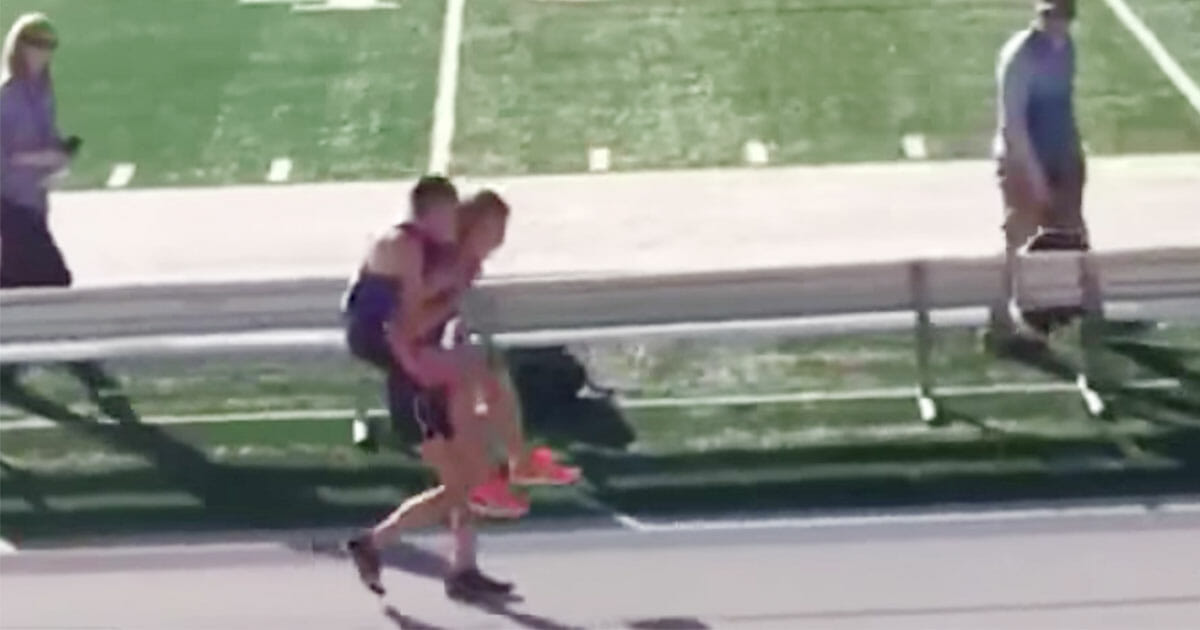 To be part of a team is to forge an unspoken bond that goes beyond the norm.

It’s no wonder that people often go to great extremes to help their teammates. When ran correctly, a team can be a second family to its participants; a support network connected by strands that form an interwoven web of trust and care.

Over the years, numerous examples have evidenced this from the sporting world. One that caught my eye recently, though, may just be the most poignant yet.

Two teammates were running in a cross-country state championship when one of the runners suddenly collapsed to the floor with a broken leg. His teammate was then left with a choice: Continue on and maintain a chance of winning, or help his fellow athlete and forego a shot at accomplishing what he’d trained for…

In Utah, students from Riverton had been busily preparing for the cross-country state championship. It should go without saying that all of them were keen to win the race, so high school senior Shaun Rausch and junior Blake Lewis would have been forgiven for doing all they could to cross the finish line as champions.

However, the possibility of triumph ended for Lewis when he heard a snapping sound, accompanied by a sudden, sharp pain in his leg. He fell to the ground in agony, confused and unaware that the noise had actually heralded the breaking of his tibia.

“It was excruciating. It was like no other pain I’ve ever felt.”

Obviously, Lewis was in no state to finish the race. His mom, who had been close by, made to run towards him, but before she could get there his teammate, Rausch reached him.

Despite the fact it put paid to his own chances of winning, Rausch hoisted Lewis up onto his shoulders and continued running.

“I put him on my shoulders and he was screaming the whole way, but I kept telling him, ‘We’re a family, we’re a team, and we’re all in this together,’” said Rausch.

According to reports, the state championship rules dictate that runners are forbidden from making physical contact during the race, so both boys were disqualified despite the heroic act.

We get the feeling that Rausch, however, isn’t overly fussed with that. He set Lewis down on his feet just before the finish line, so his teammate could cross it on his own terms.

Watch more in the video below:

We don’t know about you, but it’s pretty clear to us who the real ‘winner’ is from this race.

What an incredible display of friendship, loyalty and compassion. We can only hope more people see this and are influenced to act in a similar manner when the opportunity arises. SHARE this article to pay tribute to Shaun Rausch!