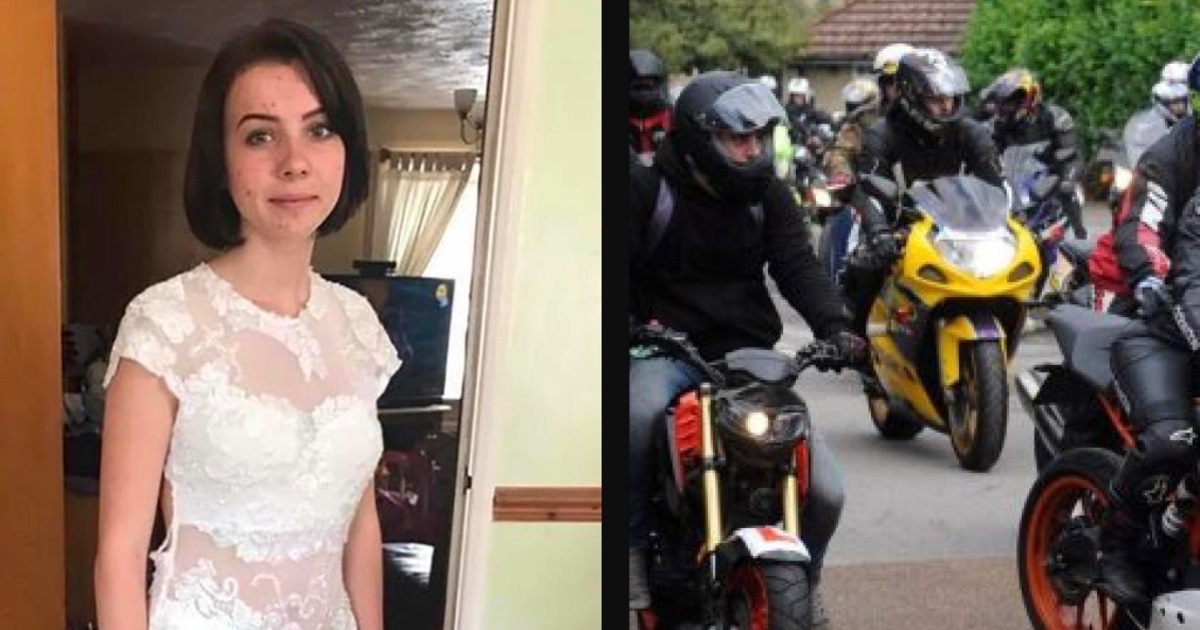 Prom night is something most teens spend years looking forward to. But when you’re constantly teased, the idea of giving your bullies another chance to taunt you is enough to crush your prom night dreams forever.

At 16, Shannon Purcifer has already been through a lot in life. The Gosport, England native suffers from multiple diseases and her health means that every day is a struggle.

Two years ago, Shannon spent a couple weeks in the hospital, and ever since, her classmates have bullied her about her health.

The teasing got so bad, that Shannon decided not to go to her senior prom. She had already bought her dress and she was heartbroken.

Her mom didn’t want her to suffer in silence though, so she posted pictures of Shannon online wearing the dress she would have worn to her prom.

The pictures soon caught the attention of friends and strangers, and they had some wonderful, unexpected consequences.

Last month, 16-year-old Shannon Purcifer was forced to skip the prom she had looked forward to going to for so long. Her classmates had been bullying her about her health for the past 18 months — and they weren’t likely to stop just for prom night.

Even though Shannon is a strong young woman who has overcome a lot in life to get to where she is, going to prom was just too much. Instead, her mom, Claire Carstens, posted pictures online of Shannon wearing her would-be prom dress.

“If Shannon had gone to prom tonight she would of worn this beautiful dress. Thanks to nasty vile bullies shannon decided she didn’t want to go and mix with scum that made her so miserable,” Claire wrote on Facebook. “For a girl that has had so much to deal with in life….coeliac disease, ulcerative colitis and rheumatoid arthritis, she is one strong young lady with an even stronger mind!!”

The photos touched the hearts of friends and strangers alike. Soon, hundreds of people had rallied behind Shannon. They even organized a special prom just for her. All of Shannon’s real friends were invited — but none of her bullies.

The organizing team covered the cost of doing Shannon’s hair and make up, they donated food for the prom, and decorated her high school gym so Shannon’s prom would be even better than the real thing.

But what Shannon will probably never forget is her ride to the prom. She didn’t have a limo or an antique car, but a convoy of 120 bikers leading her to the special event.

Shannon had thought her dream of going to the prom was over, but now she was going — and on a three-wheeled motorcycle!

Shannon’s prom turned out to be a total success. And it restored her hope in humanity after her bullies had taken it away.

“It was so overwhelming the whole day. I didn’t think that people could be that nice because of how horrible people had been,” Shannon told Inside Edition.

To see Shannon’s ride to prom and hear her talk about her special day, check out this video:

If you were also moved by the support these bikers and the rest of Shannon’s community gave her, please share! Everyone deserves to go to their prom without fear of being bullied.