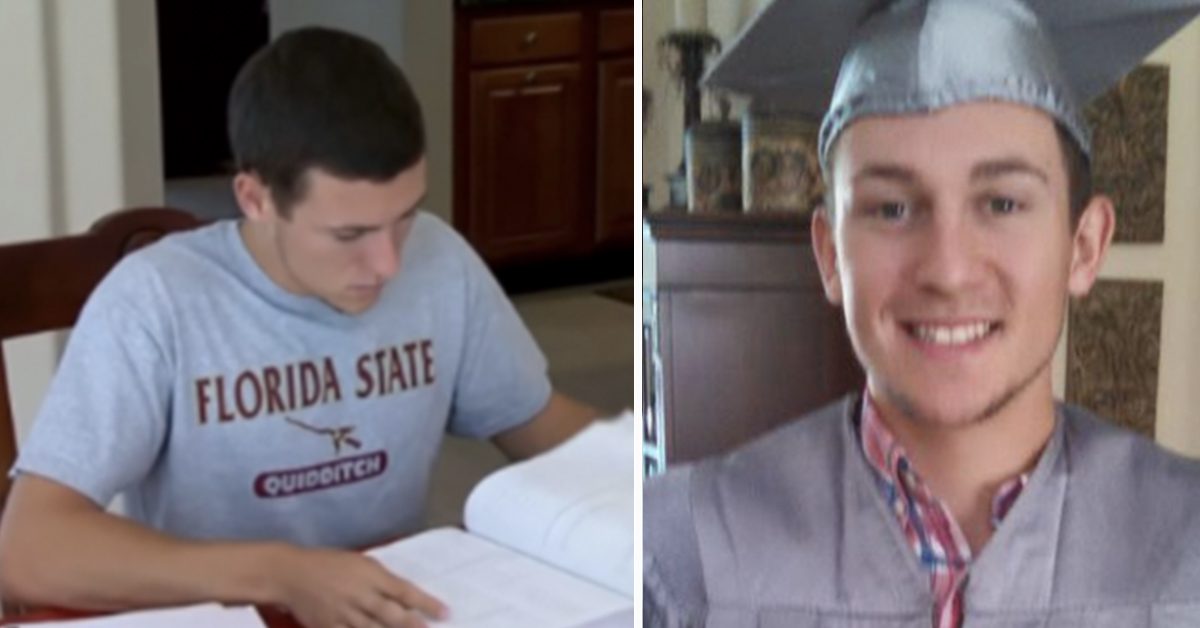 High school isn’t a happy place for everyone, the stress of work amid the pressure of trying to fit in can make the experience one that many students are glad to put behind them.

Once students have navigated this pressure path they have graduation to look forward to.

But for one group of teens they had no idea the obstacles that one of their classmates had faced until he made a special speech at their graduation ceremony as part of his honor at achieving valedictorian.

The student that achieves valedictorian has managed to maintain a GPA score of 3.9-4.0 which translates as at least 95 per cent for all assignments.

This is no mean feat for most students and requires a level of dedication worthy of such an honor but for Griffin Furlong, he achieved this while being homeless.

The hardworking student has spent the last 12 years of his life homeless, staying in shelters and on people’s couches.

Griffin wasn’t lucky enough to grow up in a stable household – he lost his mom to cancer and his dad struggled financially.

With all the odds against him he not only graduated but did it top of the class. One of his teachers said that Griffin was the one student that never missed an assignment.

In front of 500 students, most of whom had no idea of Griffin’s struggles, he told everyone that “giving up is not an option.”

“I can’t even count the number of sleepless nights I spent alone on a cold plastic mattress. I cried, internally hoping that my life would soon wash away so I would not have to bear the hardships of a seemingly evil world,” he said.

“I never gave up, no matter how bad I wanted to. To everyone sitting here before me, do not live a life without purpose. Deep down inside you know you have something to show. So whether you realize it or not, never make excuses, especially when you have a loving family able to give you what you need and want.”

The Florida student was given a room to stay in by his girlfriend’s family during his final days at high school and plans to get a degree in engineering at Florida State.

“I just want to show that anyone can do it, no matter what you’ve been through. I never want to live that life again. I do everything I do because I don’t want to live like that,” he said to ABC News.

He and his girlfriend plan to start a scholarship to help students in similar circumstances.

“Just never give up,” he said in an interview with TODAY.com. “Never let anyone tell you that you can’t do something, because I’ve been told that all my life. People would tell me I wasn’t smart enough, and now I’m here at the top of my class.”

I can’t imagine the stress this places on a teenager when they already have to navigate school, friends, sport and peer pressures but to get through all of this and still maintain top marks at school is astonishing.

Help us congratulate this awe-inspiring young man by sharing this story.