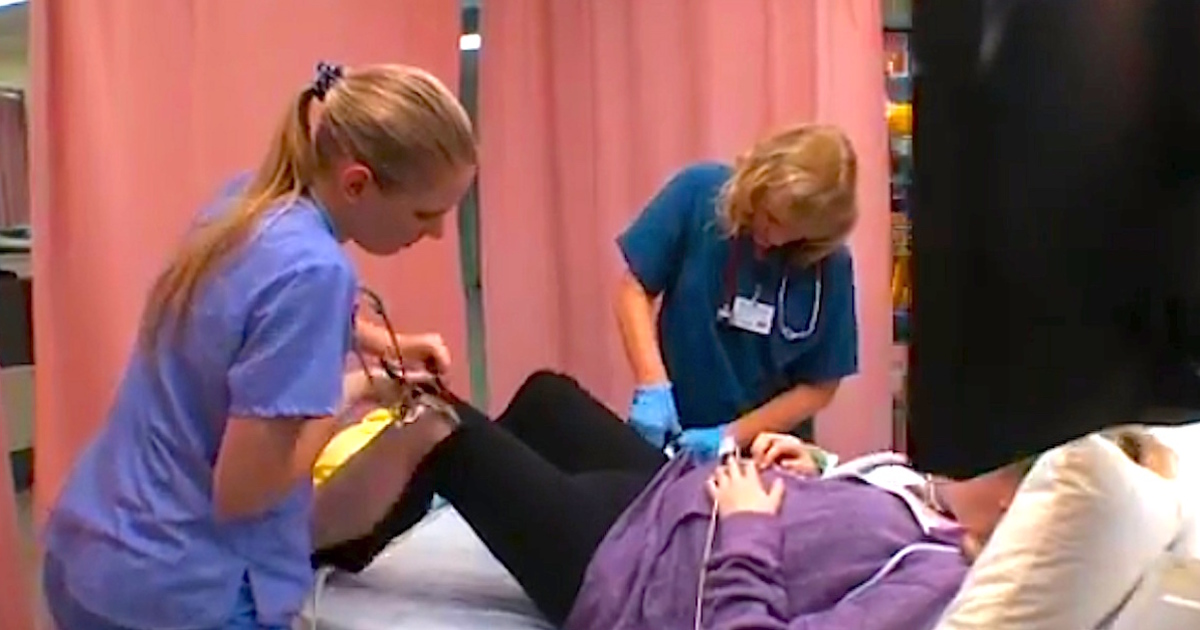 Though every birth is a miracle, some stories from the maternity ward are more surprising than others. Take this story of a baby that literally flew out of the womb and was fortunately caught by an intern who happened to be walking by. And that’s just in the maternity ward…

Sometimes there’s not time to reserve a room in that wing of the hospital, and the mother has to give birth in the emergency room. In the video below, “Untold Stories Of The ER” presents just such a story. When teenager Amber went to the emergency room, she thought she just had severe stomach crampes—and she had no idea she was pregnant until the moment she delivered her baby.

According to CBS News, “it may seem highly implausible for a woman to go through nine months of pregnancy without realizing she has a baby on the way. Yet experts say it happens more often than most people think. The phenomenon is called cryptic pregnancy or pregnancy denial, and according to one British study it occurs in approximately one in 2,500 pregnancies.”

Dr. Kathleen Clem, who delivered Amber’s baby, recalls cutting off the teen’s pants only to see a baby girl already being born. When the baby started crying, Amber’s dad entered the room shocked and angry. He asked Amber why she didn’t tell him, and his daughter responded, “Dad, I wasn’t pregnant. I couldn’t be!”

Dr. Clem then goes to speak with Amber’s stunned boyfriend. He has no idea how he could have gotten Amber pregnant. And when you hear his reason, you’ll be shocked.

Watch this 100 percent true story below:

Share if you were also surprised that a woman could give birth without even knowing she’s pregnant!