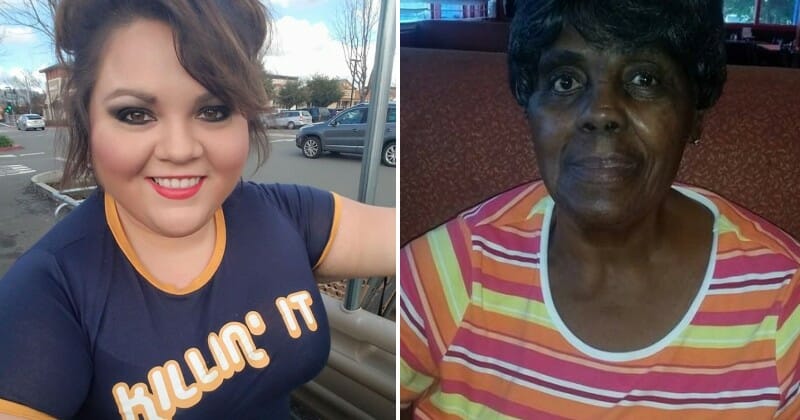 In today’s world it’s more important than ever to observe the small courtesies that make all the difference.

Small gestures can make a big difference to someone’s day, while compassionate actions done with strangers in mind are usually always gratefully accepted. In short, it’s nice to be nice, and can sometimes go a lot further than you think.

Just ask Brooke Ochoa of Louise, Texas, who was walking into a restaurant for lunch when she spotted an elderly lady approaching. The 30-year-old waited to hold the door open for the women – an act she considered to be mere politeness. Little did she know, however, that a remark the lady would make just seconds later would spark a chain of events causing her to go viral …

Brooke and the woman entered the restaurant at the same time, only for Brooke to overhear the lady ask for a “table for one”.

When she realized the lady was set to dine alone, Brooke approached her and bestowed yet another act of kindness. According to Today, Brooke went to the woman’s table and asked: “I’m eating by myself too would you like to have lunch together?”

Not only did the lady, named Dolores, accept Brooke’s offer, but she was positively delighted for the company. As per ABC 6, the two struck up an instant friendship, talking at length during their meal.

Dolores revealed to Brooke that she’d been having a tough time of things of late. “Come to find out, she spent the last decade living with her mom, who recently passed away, and her aunt, who recently was put into a nursing home,” Brooke wrote in a later Facebook post about the encounter.

“She has been having a hard time being alone.”

She continued: “She just kept smiling and saying thank you for listening to me, which made me smile too! Her words healed my heart just as much as I healed her lonely one.”

Brooke and Dolores enjoyed their conversation so much that they agreed to have lunch together every Thursday from that point on.

In a later update, not long after their first meeting, Brooke revealed that Dolores had passed away, making the fact that she was able to brighten her life all the more special.

If nothing else, this chance conversation is proof that the smallest gestures of goodwill can quite literally change a life. Neither of these women knew that Dolores’ days on this Earth were numbered, but they found solace in each other, and that’s what matters.

If more people thought and acted like Brooke, the world would be a much nicer place!

Share this article if you think love and kindness are traits that will never, ever go out of fashion.