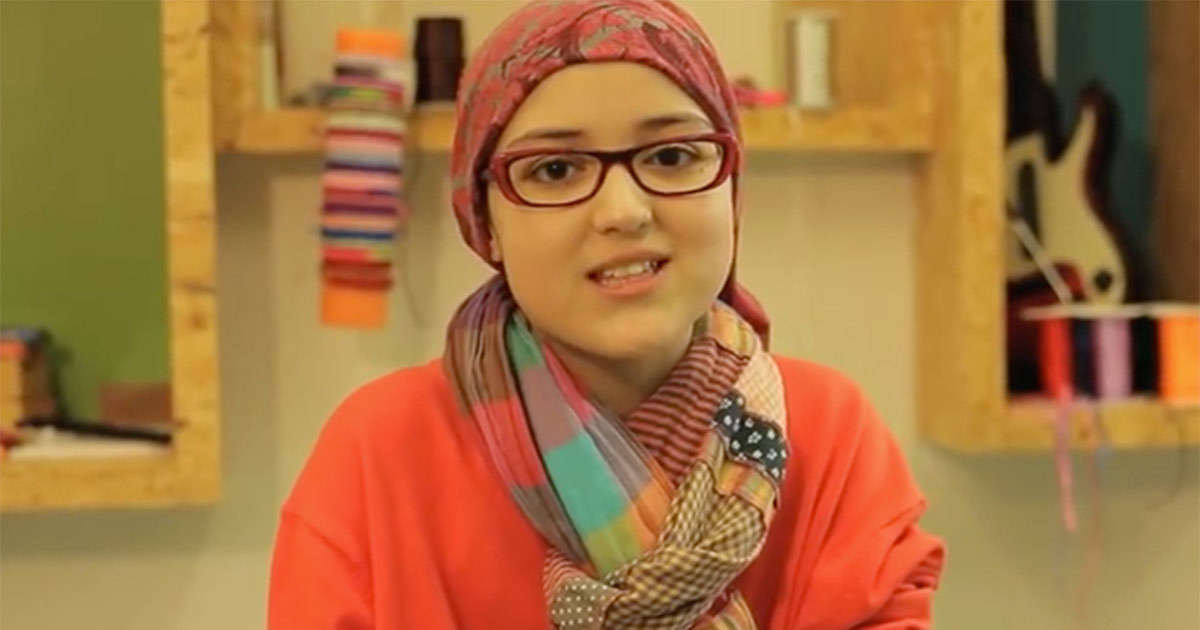 Candela was just a child when she was diagnosed with leukemia—and had to spend most of her childhood in a hospital in Barcelona, Spain fighting the disease.

One day, a volunteer saw Candela sitting there bored, sad, and alone. She wanted to cheer up the then 8-year-old girl and taught her how to make simple, colorful bracelets.

But she could never have imagined that her simple gesture would soon start something big rolling.

When Candela returned home, she met with her best friends, Daniela and Mariona, and taught them how to make the bracelets.

And after Candela had to go back to the hospital, her friends kept making them..

Daniela and Mariona had a plan and quickly got to work.

They made a sign, took a handful of bracelets with them, and hit the streets.

Their goal was to raise money to pay for Candela’s cancer treatment.

The girls’ parents laughed at the idea. While their hearts were in the right place, the girls couldn’t expect some homemade bracelets to earn them enough money to treat Candela’s leukemia…

The girls’ initiative quickly spread to friends, acquaintances, and eventually to complete strangers.

Everyone wanted a “Candela,” the name the girls gave the bracelets.

Daniela and Mariona charged five dollars per bracelet, and despite the fact that they worked as fast as they could, the girls simply couldn’t keep up with the demand.

So in the end, they decided to make a video tutorial explaining how to make the bracelets.

They encouraged everyone who wanted to help Candela to make and sell bracelets for her!

This was back in 2013. Three years later, Spanish TV channel Antena3 reported that more than 274,000 bracelets had been made and sold, resulting in more than $10 million in sales!

Candela received a bone marrow transplant and is feeling good. She didn’t, however, keep the money for herself. Instead, she donated it to the hospital where she was treated, where it will be used for cancer research.

“I am very pleased that so much money has been collected to help so many people,” Candela told Antena3.

Here’s the video where the girls explained how to make the bracelets. It’s in Spanish, but you don’t need to understand the language to follow their clear visual directions:

We should listen more to our children. Their wisdom and energy can actually lead to great things. Share if you agree!