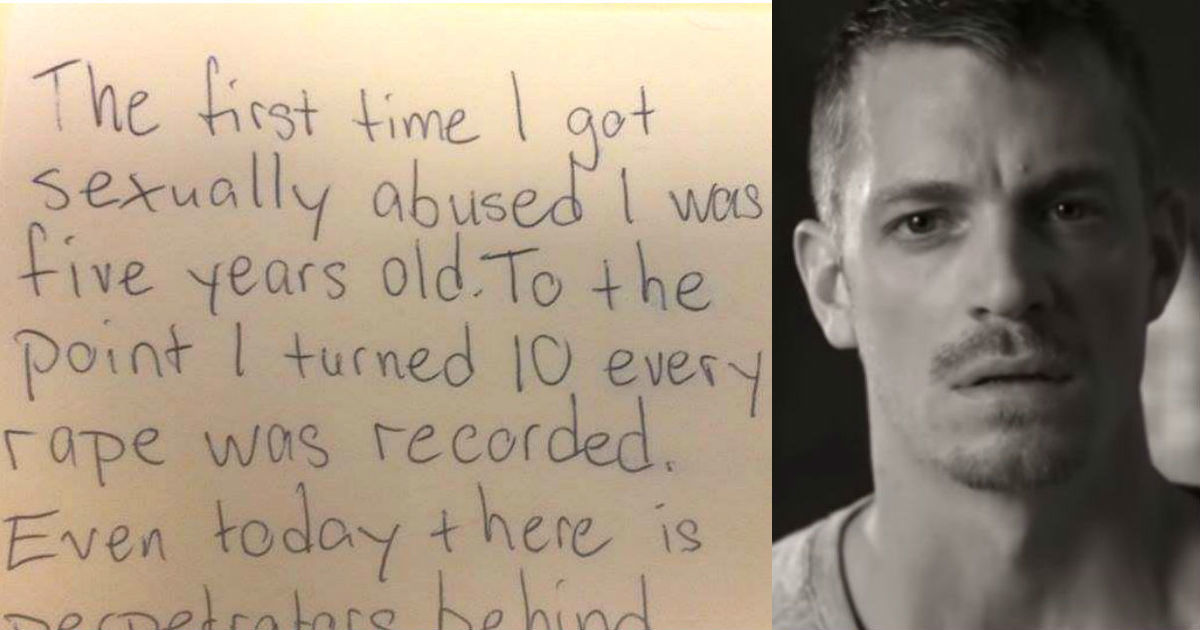 The Killing Star Joel Kinnaman, also known from Robocop, said this in a campaign in his home country Sweden in order to raise awareness about child sex abuse and the fact that in Sweden and many other countries around the world some child sex abusers can get away with only a fine. Only together can we raise awareness and put this on the agenda for politicians world wide. Because this is not a local problem, the children are abused every time someone sees it and it happens all over the world.

Joel Kinnaman, speaks in Swedish in this video that I have translated for you:

“The first time I got sexually abused I was five years old. To the point I turned 10 every rape was recorded. Even today there is perpetrators behind computers all around the world, paying to see the disgusting things I had to experience.
So for me, the abuse never ends.
The few people that gets caught have only been fined.

This letter is from Carl. 14 year old.

By sharing this you become an Ecpat supporter, supporting our demand that no one who sexually abused a child should be able to get away with just a fine.”

If you would like to support Joel Kinnaman, just press the button below.