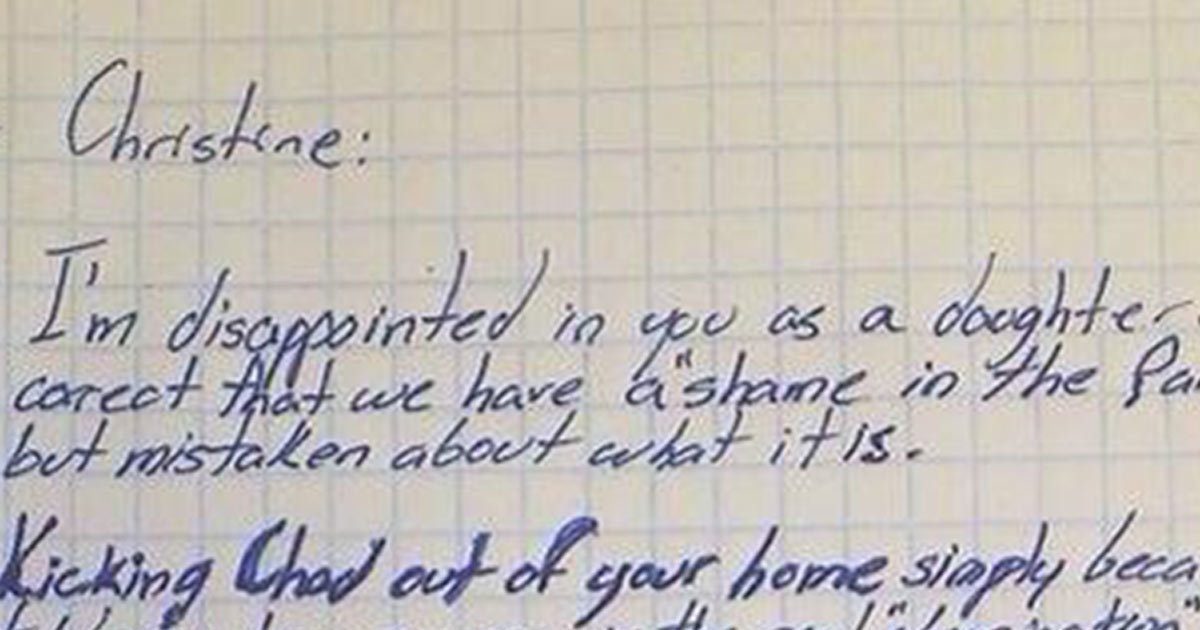 After a long time of consideration, this teenager from the US finally seized courage. He told his mother that he is gay. But you never would have thought that his own mother would react by kicking him out on the street. Chad, which was the boy’s name, sought for comfort from a family member who was there for him: Grandpa. But his Grandpa wasn’t pleased with just comforting him, he also wrote a letter for his daughter that’s been spread online by thousands of people. In my opinion, a letter that is so good and well written that it’s worth to be shared over and over again.

I’m disappointed in you as a daughter. You’re correct that we have a “shame in the family”, but mistake about what it is. Kicking Chad out of your own home simply because he told you he was gay, is the real “abomination” here. A parent discovering her child is what goes “against nature”.

The only intelligent thing I heard you saying in all this was that “you didn’t raise your son to be gay”. Of course you didn’t.

He was born this way and didn’t choose it anymore than he being left-handed.

You however, have made a choice of being hurtful, narrow-minded, and backward. So, while we are in the business of abandoning our children, I think I’ll take this moment to say goodbye to you. I now have a fabulous (as the gay put it) grandson to raise, and I don’t have time for heartless B-word of a daughter.

If you find your heart, give us a call.

Above is what states to be the original letter, which have been published on numerous websites. I don’t know if this story is completely true, but I still think it carries an important message that is worth to be spread. I hope you agree with me.