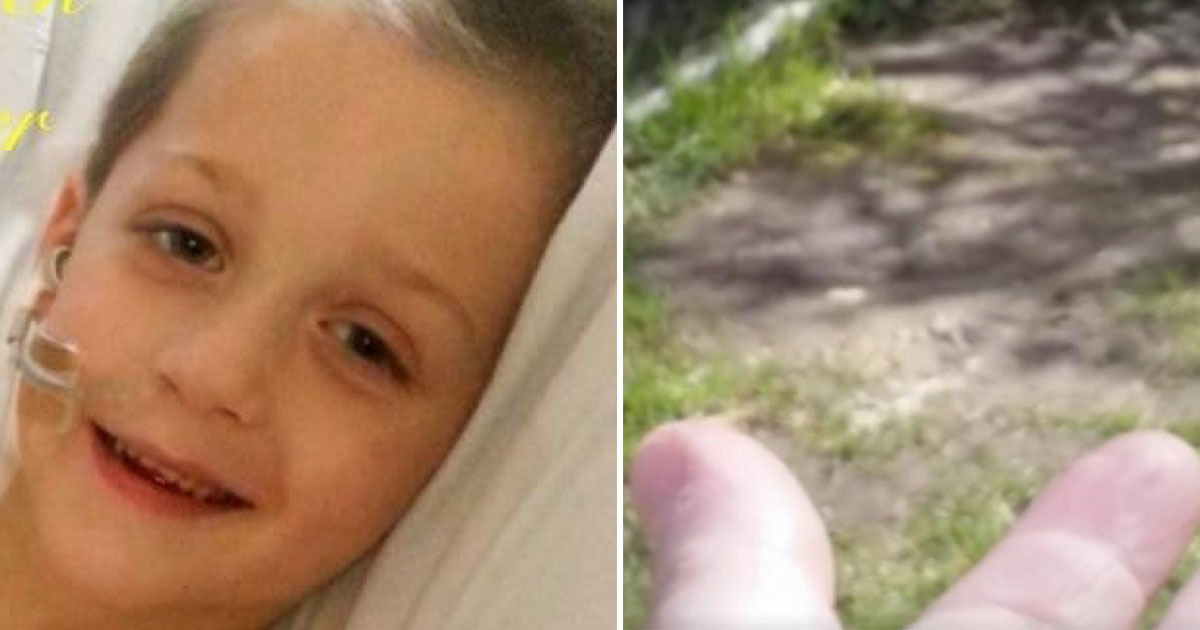 Jack Robinson was just 4-years old when a brain tumor caused him to lose his life. For his parents, twin brother and older sister, the void was indescribable.

When Jack left this world in April 2014, he left behind a huge void that his family simply could not fill.

On the third anniversary after Jack’s death, his mother Marie visited his grave in their home town of Hampshire, England. She sat down in the grass in front of his tombstone and asked his son for a sign.

“Jack, please show Mummy a sign,” she said as she picked up her camera phone.

What happened then immediately caused her eyes to well up with tears.

An American Robin sitting on a tombstone nearby flew toward Marie’s outstretched hand.

“He kept looking at me directly in my face and at one point he landed on my shoulder and nibbled me a couple of times,” Marie told the Mirror Online, adding, “it brought me to tears. Taking it as a sign from Jack.”

The colorful bird made her feel Jack’s presence and comforted her greatly. In her heart Jack’s spirit will forever live on, and the little bird provided her with a brief moment of happiness in a time of grief.

It’s these kinds of events that make me believe in higher powers. Share this story if you also believe in angels!