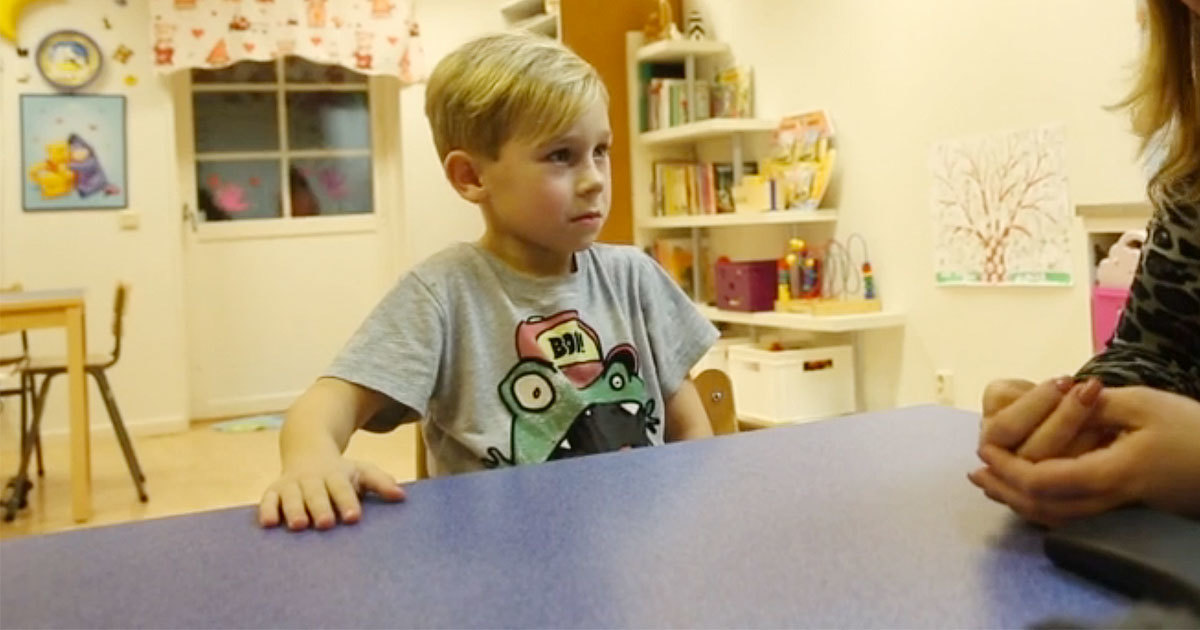 Is there really such a thing as girl or boy clothes? Not if you ask me. I truly believe that every child should have the opportunity to wear whatever makes them feel comfortable, no matter what label or color that might be. When 6-year-old Felix arrived at kindergarten he was wearing a shirt with Elsa, you know the princess from the hit Disney movie Frozen, on it. The other kids asked him why he was wearing girl clothes, to which he replied that there is no such thing as girl or boy clothes. Now his lovely response is going viral after the story had been reported by Swedish national media, with thousand of parents applauding young Felix!

His mother, Lisa, first posted the story on Facebook.

“This is my son Felix, 6.
Today, like most days, he got to choose what clothes to wear. A Frozen t-shirt which he is very fond of, and a pair of black tights, which allow him to run faster.
When I picked him up after school he told me that several kids in his school had asked him why he was wearing girl clothes.
I asked him what he replied and he answered:
“That boys can like Frozen as well. I like these clothes. Girls aren’t boys just because they wear a football jersey.
It’s like sports.
There are no sports for boys or girls. Just sports.
Otherwise it would say so in the name.”
What did they say about that? I asked.
“They just shrugged and walked away.”
My beloved Felix. I hope you’ll always stay as strong and confident in yourself.

Lisa later told a local news paper “I am very proud of Felix and that he’s so confident in himself. I think it’s important to ask yourself as a parent when your kids want to choose their own clothes: Why not?”

Following this incident, the other children accepted Felix’s choice to wear whatever he wanted. He says that “every kid should be allowed to wear whatever they want and that you shouldn’t even talk about it, since they might get sad.”

Such wise words from such a young boy. Please share this story if you agree with Felix!