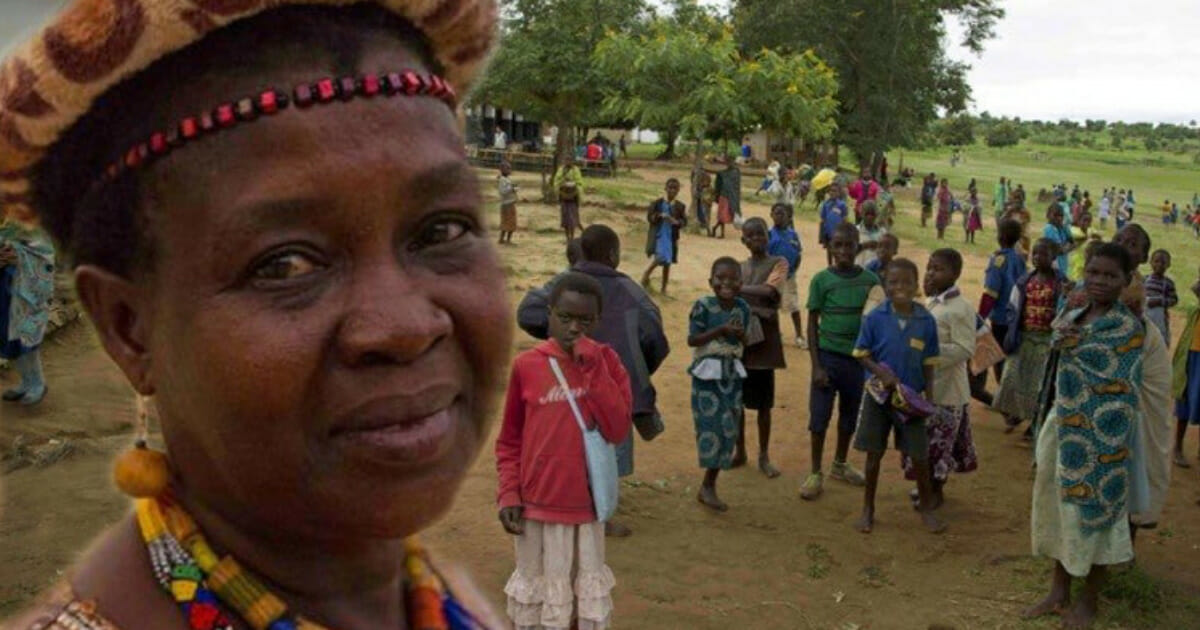 As far as modern day heroes go, she certainly ranks up there with the best of them. Haven’t heard of her? That’s no surprise.

When you hear what she’s been able to do, however, and the lives she’s changed through her actions, I’m sure you’ll agree with me.

The youngest of 12 children descended from village chiefs in Malawi’s Monkey Bay, she eventually ascended to the position of senior chief after spending 27 years as a secretary at a city college.

What she would go on to do with her new position of power is inspiring the world.

Theresa Kachindamoto is the youngest of twelve siblings in a family of traditional rulers in the Dedza District around Lake Malawi.

But Kachindamoto had never held the ambition to become chief. After all, she lived in a different town and had so many older siblings.

Even so, her reputation for being “good with people” led to her surprise election, and she was given little choice in the end, being told she would get the job “whether I like it or not”.

And so Kachindamoto became senior chief, and immediately set about ending the practise of child marriage among her people.

Having been a culturally accepted practise in the area, there were many families who had consented to having their children married off, usually out of financial need.

Kachindamoto determined that she wasn’t going to stand for the tradition which took young girls and turned them into wives and mothers long before they were 18.

On her tour of Monkey Bay, she met with girls as young as 12 who had both husbands and children.

Her response was swift and definite.

She explains: “I told them: ‘Whether you like it or not, I want these marriages to be terminated.’”

During her time as chief of more than 900,000 people, she was able to annul 850 marriages, sending all of the girls back to school.

Not only that, but she also took a hard line stance against “kusasa fumbi”, the process of sending young girls away to camps in order to train them – often girls as young as 7 – to perform sex acts to please their future husbands.

Kachindamoto threatened to dismiss any chief who sanctioned it, changing the laws that were affecting the way people were able to behave.

Ultimately, she was forced to fire four male chiefs in areas where child marriage was still occurring, as well as getting 50 sub-chiefs to sign an agreement abolishing early marriage and annul existing unions within her area.

Kachindamoto received death threats for her work, but simply said: “I don’t care, I don’t mind. I’ve said whatever, we can talk, but these girls will go back to school.”

“I’m chief until I die,” she said, laughing.

KNOW HER NAME ?
Theresa Kachindamoto is the chief of the Dedza District in central Malawi. She is responsible for breaking up over 850 child marriages and sending those children to school. “Educate a girl and you educate the whole area…you educate the world.” pic.twitter.com/tbnokxEVVR

What a true inspiration Kachindamoto is.

Despite the threats against her life, she continues to strive to make the world a better place for her people, come what may. If that isn’t the mark of a brilliant leader, I don’t know what is.

Please share this article to raise awareness of what Kachindamoto is doing, and to praise her indomitable spirit.