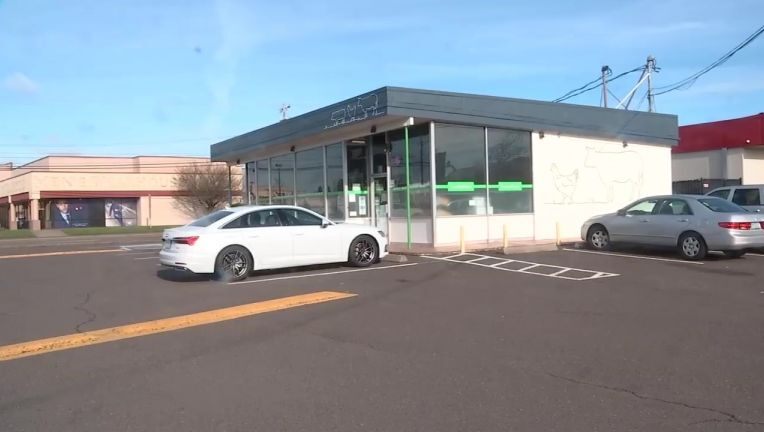 Police in Oregon are searching for the suspect in a truly bizarre crime after a man stole a vehicle, only to return to admonish a mother about leaving her young son alone inside the car.

As per reports, a theft took place close to 9 a.m. on Saturday morning outside of a grocery store in Beaverton, Oregon.

A mom had gone inside the store to buy some groceries, but left her son outside in the parking lot inside their SUV, with the engine running.

With the mom gone, a car thief jumped into her vehicle and sped off. What he didn’t know was that there was a 4-year-old sitting in the back seat.

A short time later – upon realizing that he wasn’t alone – the man turned the SUV around and drove back to the parking lot to drop the boy off.

The bewildered mom was then given a lecture by the man who had stolen her car, during which he told her off for leaving her young son alone and threatened to call the police to report her negligence.

Beaverton Police Office Matt Henderson explained to CNN: “He hopped in the car, drove it, realized there was a 4-year-old inside, and drove back and ordered her to take the child out of the car and then drove away again.

“We’re thankful he had the decency to bring the little one back.”

“As moms, we get really busy and we think we’re just running in for a second.

“This is just a perfect example of just letting our guards down and how terribly it could have ended.

“I am just thankful he is OK. It was so stupid and I’ll never do that again, but it’s that split-second decision that could just change everything.”

The son was not harmed in any way. Police were able to recover the SUV several hours later, but are still searching for the suspect.

What a strange turn of events, but perhaps a timely reminder to this mother to never leave her young child alone.

What do you think to this thief’s actions? Let us know in the comments box.