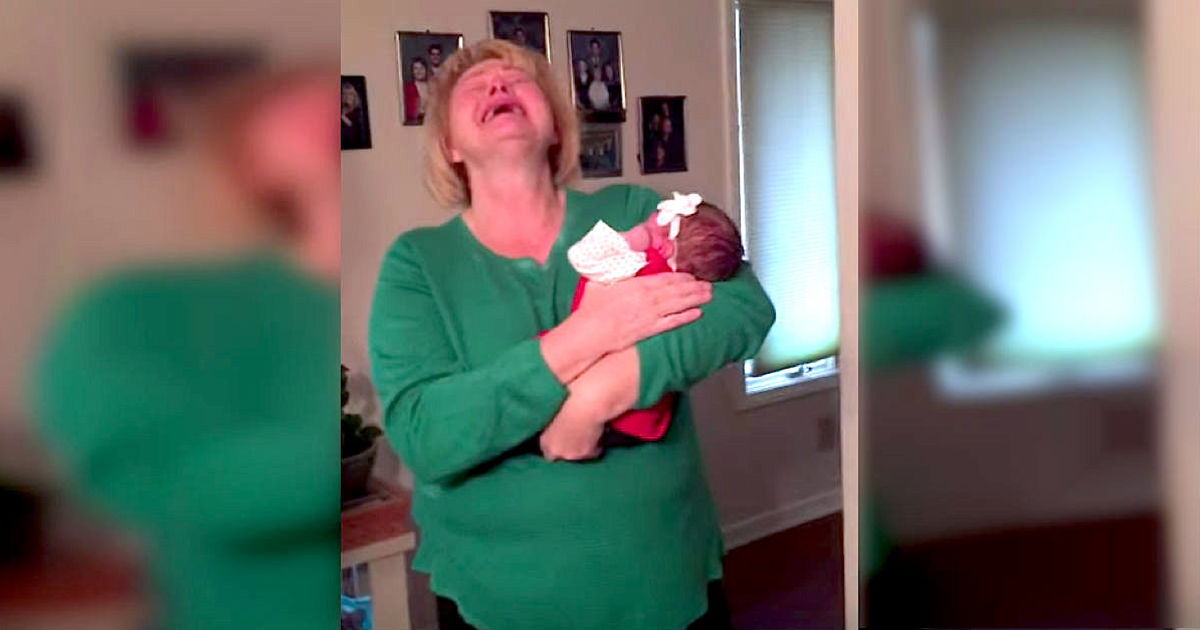 It was an ordinary Sunday for Eva. She went and picked some things up for her home and otherwise had nothing special planned for the day. Suddenly, she hears a knock at the door. When she opens, she discovers her son and daughter-in-law, who have just returned home from Hawaii where they work. Since 2008, her son, Donny and his girlfriend Miranda had been stationed in the islands, both employed there by the US Air Force. But Miranda and Donny did not come empty-handed. The couple recently adopted a baby girl, Melissa, following an adoption process they began in October 2015. At first, Eva is completely confused, but it soon dawns on her that not only is she a grandmother, she is also about to meet her grandchild for the first time …

“We chose not to tell our families because there were so many uncertainties,” Miranda told WTHR News.

“We wanted to protect our and their hearts. It was a great strain. When Melissa was finally with us and became our daughter, we thought it was too big a deal to announce it over the phone,” Miranda added.

For almost 10 days Donny kept the secret from his mother, before he and Miranda flew home to surprise her. Watch the touching moment when Grandma Eva meets her tiny granddaughter for the first time. You most certainly won’t regret it.

Talk about receiving an unforgettable Christmas gift. This video moved me so much I absolutely wanted to share it. Feel free to do the same if it also warmed your heart and you want to spread a little love before Christmas.