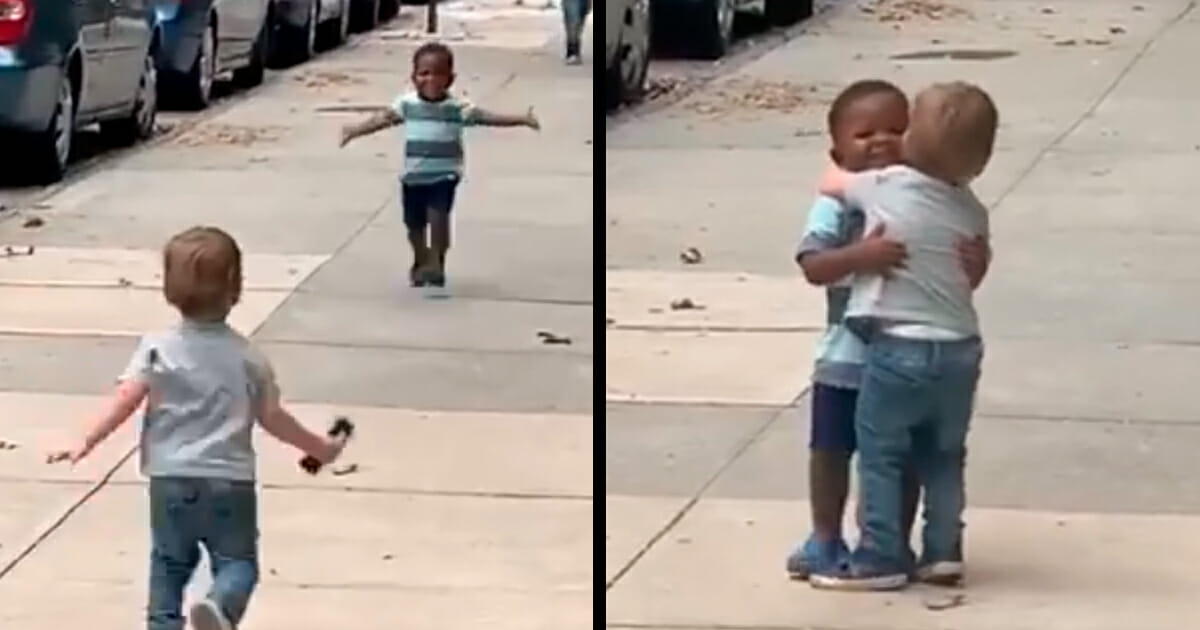 The vast majority of us like to think we’re warm, sensitive people who are always there to give a hug to a friend or loved one who needs it.

Of course, sometimes life can get in the way, and before we know it we haven’t seen someone we consider close for months. The weeks go by in a flash, and before you know it you find yourself saying, “Jesus, has it been that long?”

Two 2-year-old’s displays of unbridled affection are taking the world by storm, after they were filmed ‘re-uniting’ with each other after being apart … for two whole days.

Trivial though it may seem, the footage of the two ‘besties’ has spread around the internet like wildfire, not only because it’s profoundly cute, but also because it’s a timely reminder of the inherent love toddlers have.

Be prepared to have your heart melted, this one’s a real warmer!

Dad Michael Cisneros, the father of one the little boys, Maxwell, shared the video. Maxwell and Finnegan simply couldn’t wait any longer to embrace, this in spite of the fact they had only been apart for two days.

“When they are away from each other, they are always asking about one another,” Cisneros said.

“They go to music class together, Dana Banana (a weekly music event) and they love to dance — both are excellent dancers.”

Yep, tears in the eyes. Maxwell and Finnegan are a great example of the love we should all bear for one another.

Share this article if their video made you smile.