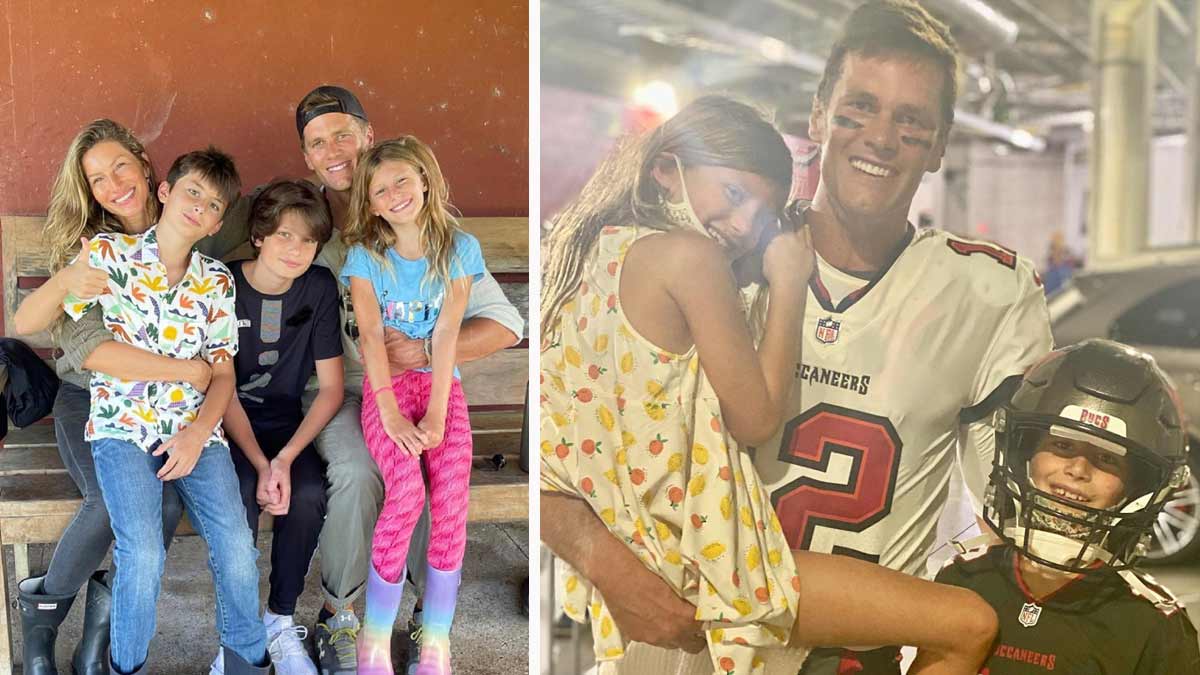 How many of us want or have wanted our children to continue working in the family business or play a specific sport just like we did?

While there’s nothing wrong with a child growing up to be like their parent, if it’s not something they’re interested in, there’s bound to be some regrets.

Tom Brady recently spoke on his SiriusXM podcast about the advice he’s given his three children regarding the lives they live.

“I tell this to my kids a lot, let’s pick something you love in life.”

Dear Basketball was an animated film based on his 2015 retirement poem where he described his love of the game.

Brady commented on Bryant’s “deep love and kind of a romance” with basketball and said he lives his life a similar way and wants his children to do the same.

“I was so lucky. The thing that I was actually good at was something that I loved to do, which is throw the football around with my friends. And I made a career out of it.”

Brady played football for the University of Michigan before playing 20 seasons with the New England Patriots where he won six Super Bowl titles. In 2020 he joined the Tampa Bay Buccaneers, where he led the team to win Super Bowl LV.

After winning his seventh Super Bowl, he signed a one-year contract extension, and on February 1, 2022 the then 44-year-old announced his retirement.

However, his retirement was brief because after just 40 days he declared he would return to play for the Buccaneers’ 2022 season.

While Brady is in love with his career, and at this point finds it difficult to quit, he wants to make sure his children have a similar experience.

And that’s precisely why he’s not pushing one career over another.

“I tell this to my kids a lot, let’s pick something you love in life. Let’s pick a job and a career and a path that you’re gonna love because you’re gonna want to work hard. And if you work hard at things that you don’t enjoy it’s not gonna be very fulfilling.”

Brady and wife Gisele Bündchen, 42, share Benjamin Rein, 12, and Vivian Lake, 9. The quarterback is also a father to son Jack, 15, whom he shares with ex Bridget Moynahan.

Speaking on his motivation, Brady said:

“You think about the inspiring things that make you want to get out of bed every day and go do something you love to do. And I have those people in my life and it’s a great feeling, knowing that you’re going out there with so many people behind you.”

I believe this is wonderful advice! While it would be nice if children followed in their parents’ footsteps, they are their own people and should be encouraged to create their own path.