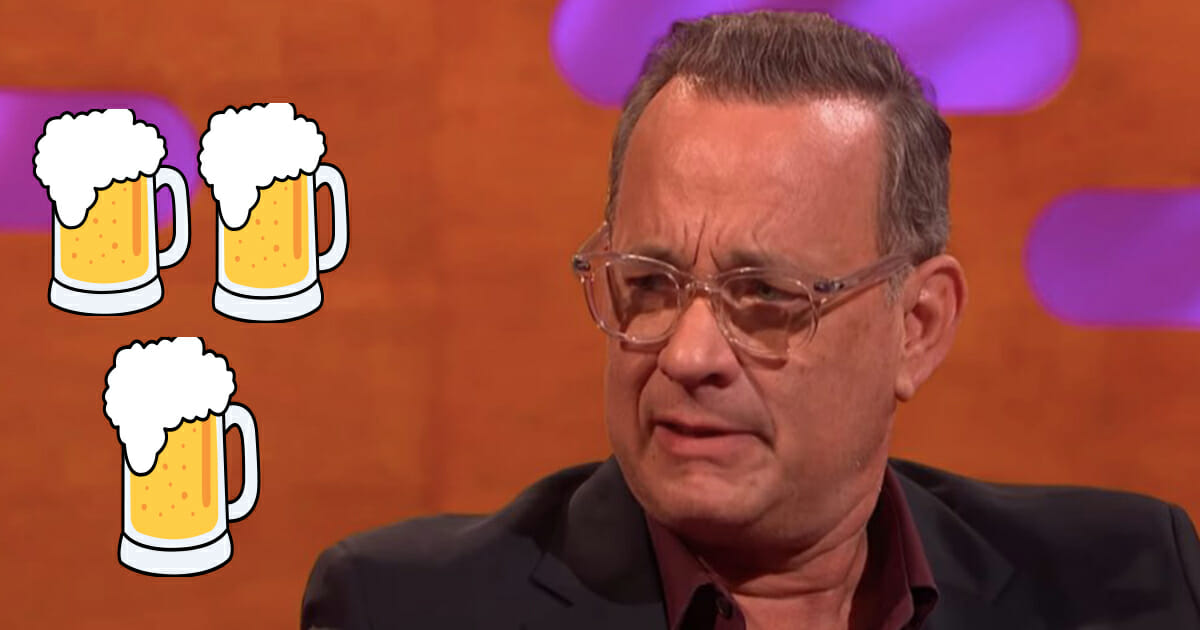 I can’t count how many times me and my friends were turned away from buying alcohol when we were underage. Trying – and often failing – to buy beer and other forbidden fruits when below the legal limit is something of a tradition in most countries, and it’s a process you go through as many times as you need to in order to get the job done.

Of course, once you are old enough, getting asked to produce identification to buy alcohol is just a pain in the a**, especially if you know there’s no logical way in hell you look under the required age.

Spare a thought, then, for Tom Hanks, who was recently asked to show his ID … at the rather mature age of 62.

The superstar actor attended California’s Stagecoach music festival with wife Rita Wilson, and decided he would purchase himself a nice cold one to relieve his body in the sweltering heat.

Speaking on the Graham Norton show, Hanks revealed: “The great thing about these outdoor festivals, like Stagecoach or Coachella, you know, it’s really hot, and they have beer pavillions everywhere, so we were there, and Rita sang at about 1.30 in the afternoon, at about 1.10, I decided to go get myself a frosty cold one.

“And I went up and said ‘Hi, how you doin?” I give them a couple seconds to let the H-bomb drop… ‘Tom Hanks!’ ‘Hi how are you, nice to see you, could I have a draw please? ‘Oh yeah sure, could we see your ID bracelet?'”

Of course, Hanks was left stumped. He replied: “First of all, you know my name, and secondly, I’d like a beer.”

The staff, though, didn’t back down. “Well we can’t sell you a beer without proof of ID,” they said.

“These ladies were not allowed to sell me a beer without my official Stagecoach ‘I am over 21 ID bracelet.’

“I did not have a beer until somebody went over and got me an ID bracelet, and I came back.”

The 62-year-old said that the manager had told him she’d get fired if she served him a beer. What a crazy world we live in.

Watch Hanks telling the story himself in the video below:

At least Tom got his precious beer in the end!

Share this story if you think a man should have the right to a cold one when he needs it.