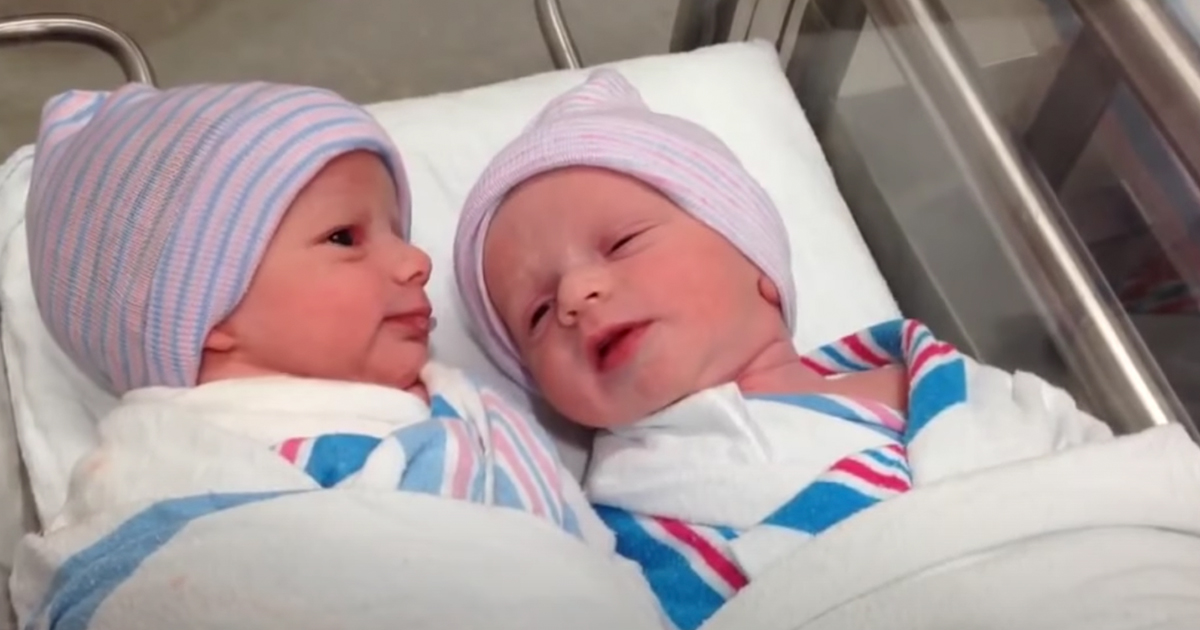 Who really knows how deep the connection between twins goes? It’s something people have speculated about for decades, but the truth is we’re no closer to finding out.

Of course, twins themselves will most probably tell you that they do share something, a sense perhaps, with their brother or sister.

It’s not yet scientifically quantifiable, but I for one wouldn’t be surprised to hear that twins can tap into some sort of wavelength that the rest of us aren’t privy to.

In any case, there have been instances of supposed communication between twins far earlier than should be possible. One specific instance, which took place in 2014, is particularly intriguing, appearing to showcase a set of twin babies having non-verbal interaction with one another less than an hour after being born!

Yep, you read that right. For the vast majority of us, the first hour of life on this planet is spent crying or sleeping. These twins, however, seem to have more interesting things to do, such as communicating with each other.

Naturally, the verdict is still out there, and there are people who have argued that they’re simply acting like normal babies.

Even so, the footage does make it look very much like these siblings are somehow talking to each other (without talking, of course). At the very least, they’re well aware that their partner in crime is close, though what they might be saying (or trying to say) is anyone’s guess.

Watch the video below and see for yourself:

Twins simply fascinate me on a variety of levels. How cool must it be to have a carbon-copy of yourself as your best friend?