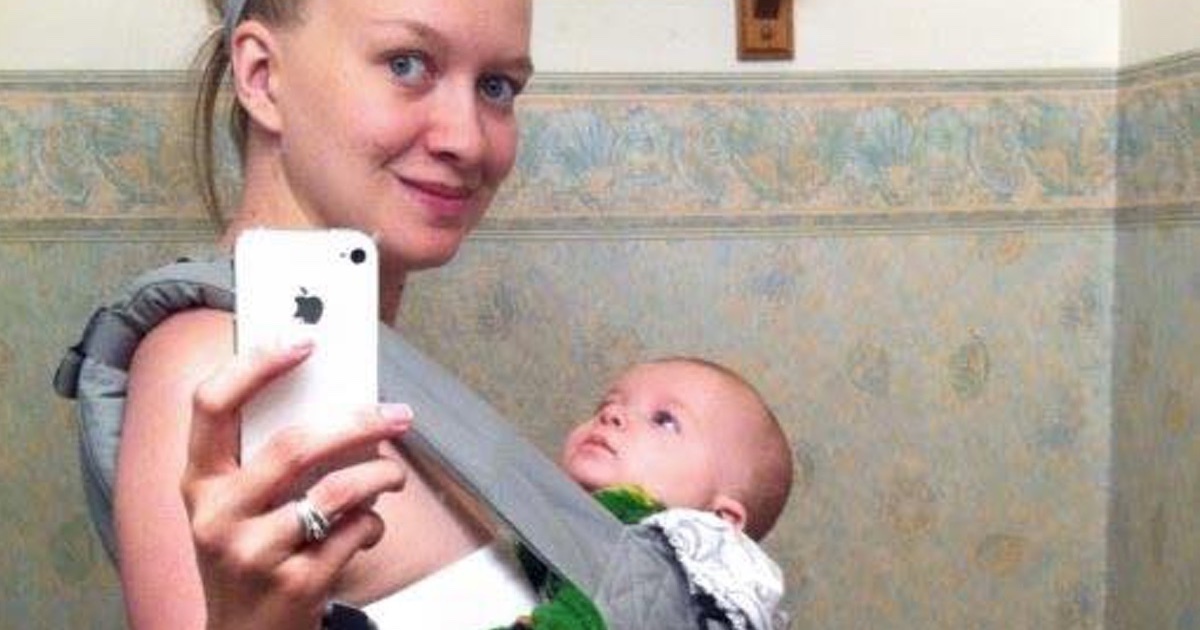 When Destiny Mantia took this picture, she had no idea that her life was about to fall apart.

Destiny and her husband, Corey, were only 15 and 16 years old when they met during a football game.

Three years later, they were married. And it didn’t take long before Destiny was pregnant. Then on June 23, 2013, their son, Parker, was born and they finally had the little family they longed for.

Destiny and her husband had great plans for their family. Among other things, they wanted to buy a house and have a bunch of kids.

“He was super funny and caring and would always help anyone who needed it. We talked nonstop. There wasn’t a day where we weren’t together. We did everything together,” Destiny told ABC News.

But on September 20, 2014, a woman whom they didn’t know burst the couple’s happiness like a bubble.

A year later, Destiny wrote about what happened on her Facebook page:

A year ago today was like many other days. Corey Mantia woke up and went to work.

Parker and I stayed at home and played together all day. Corey later came home played with our sweet baby as we waited to load up for a wrap appointment.

That spare cash was much needed for our little family. Well time comes for us to leave. Little did we know in a few short minutes everything would change. We would no longer get to live our future together.

Any dreams we had would no longer happen together. We wouldn’t get to purchase our first house together, we wouldn’t get to take Parker for his first hair cut, his first day at school, and our family would never grow. This would be it.

Everything we would have ever known would come to an end and not by choice.

On our way to this wrap appointment my amazing husband whom was driving, my precious baby whom I still nursed and kept rear facing watching Mickey Mouse Club house, and I were struck nearly head on at an excessive speed by a drunk driver.

This is a date and time that will forever be embedded in my head.

The action of this one selfish person who thought they were “ok” to drive instantly took the life of my sweet innocent 15-month-old son in the back seat.

One selfish decision to drink and drive caused me to be a widow and a mom to an angel at the age of 21.

She has caused many nightmares with the news of various reports being released such as an autopsy of my baby being sent to me or many reconstruction pictures.

Many things a 21-year-old should never have to see or imagine. She ended any dreams that we may have had together and caused pain I never knew existed.

That day the Destiny that was a mom and wife died as well. I’ve sense had to find myself. I never knew the strength I could pull out that I never knew I had.

I think I was able to find this strength through the prayers and support of many friends and family and also an amazing widows’ group who kept me knowing I was normal for feeling how I felt.

This hurt, pain and our future could of all been prevented if someone would have stepped up and stopped this selfish woman from drinking and driving.

You can save someone’s life too! Don’t allow your friends and family drink and drive. Don’t share DUI checkpoints. Be an advocate! Stand up with me! Let’s stop this. One is too many.

Destiny’s powerful message has been shared by more 60,000 people.

These days, Destiny is trying to live her life as positively as possible as she can without the two people who meant the most to her. But still, every day is a challenge.

In addition to Destiny’s husband and son, the drunk driver also died. The woman’s family has never tried to contact Destiny to say sorry.

“I wish they would apologize,” says Destiny. “She was at a wedding reception, so I feel like there must have been at least 100 people that could’ve stopped her from driving that night.”

In the first picture we saw a happy young woman holding her beloved son, who had his whole life in front of him. But a few moments later, that was erased because a woman chose to sit behind the wheel instead of asking for a ride home or taking a taxi.