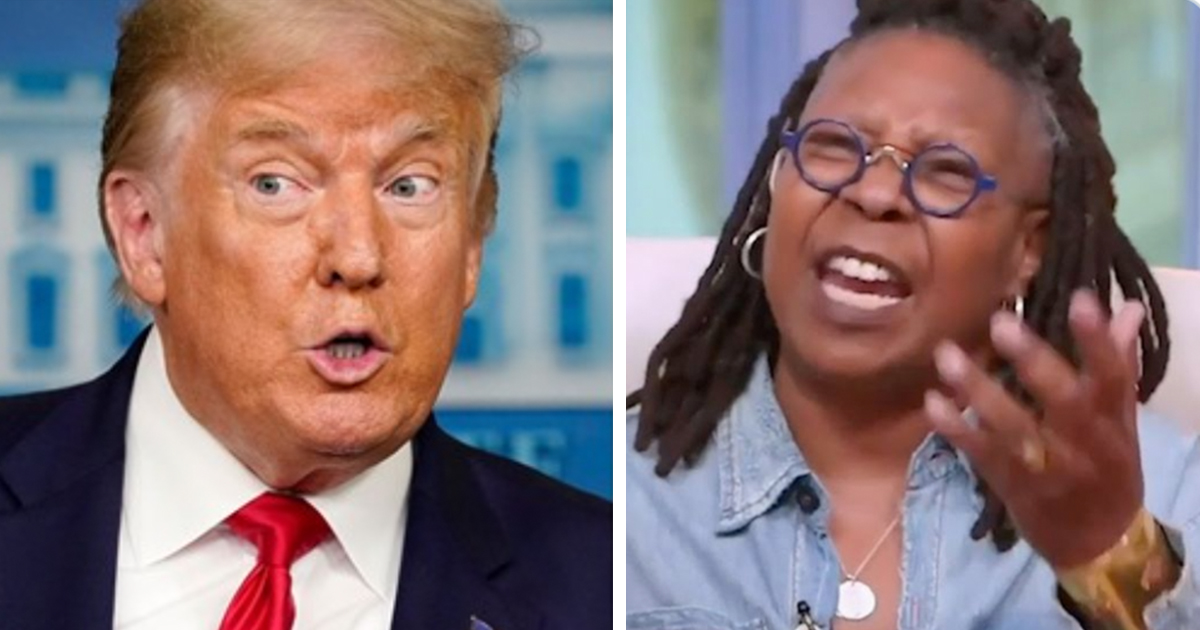 There has been a veritable whirlwind of opinions in the aftermath of the 2020 Presidential Election.

Unsurprising, really, given that Donald Trump and Joe Biden are two truly opposing characters. Now, perhaps more than ever, the divide between Democrats and Republicans is wide indeed, and that gap’s only been widened in recent days with Trump’s refusal to accept defeat.

Yes, the POTUS and his campaign team still maintain that Joe Biden only won the election through cheating, though there has been no evidence of voter fraud put forward or confirmed.

The resulting firestorm of speculation has led to many high-profile figures lending their voice and support to one side or the other.

Enter Whoopi Goldberg, who is very much one side and not the other. The View host has moved to tell Trump supporters still clinging to notion of him retaining his role in the White House against all odds that they should suck it up and accept defeat.

Goldberg said: “To all those people who don’t believe that Americans actually got out and voted, let me say this to you, when you know who was elected four years ago, Hilary Clinton didn’t say, ‘Hey, wait a minute, this doesn’t feel right, stop the count.’ She didn’t say, ‘This doesn’t feel right, I’m not going for it.’ She didn’t say any of that. So all of you, suck it up. Suck it up like we sucked it up.”

She continued: “Grow the pair for him (Trump) that he can’t grow for himself. Because this is ridiculous, you’re not sure that he won. You’re bringing into question all these Americans who voted legally, came out and stood and voted. How dare you question it?”

And question it, Donald Trump certainly has. At the time of writing, his legal team are said to be preparing any number of challenges they believe prove that Joe Biden’s victory was a fraudulent one.

This, it must be added, is despite officials from every U.S. state confirming that there has been no evidence of voter fraud taking place, and Homeland Security describing this year’s election as the most secure ever.

“So let’s at least try to be respectful, because if you’re not going to respect the fact that all these people came out and voted, you are basically saying you don’t care about the American democracy,” Goldberg said.

Of course, Whoopi is far from the only one urging Trump to do the right thing. At the weekend, former POTUS Barrack Obama advised him to concede defeat and do his best to ensure a smooth transition, while Michelle Obama echoed that sentiment in a heartfelt Instagram post.

What do you think about Donald Trump’s stance in the wake of the election? Isn’t it time he accepted defeat and worked with Biden to ensure a smooth transition of administrations?

Let us know your thoughts on the matter in the comments box.

Meanwhile, share this article if you’re praying for a united and prosperous America over the next four years.