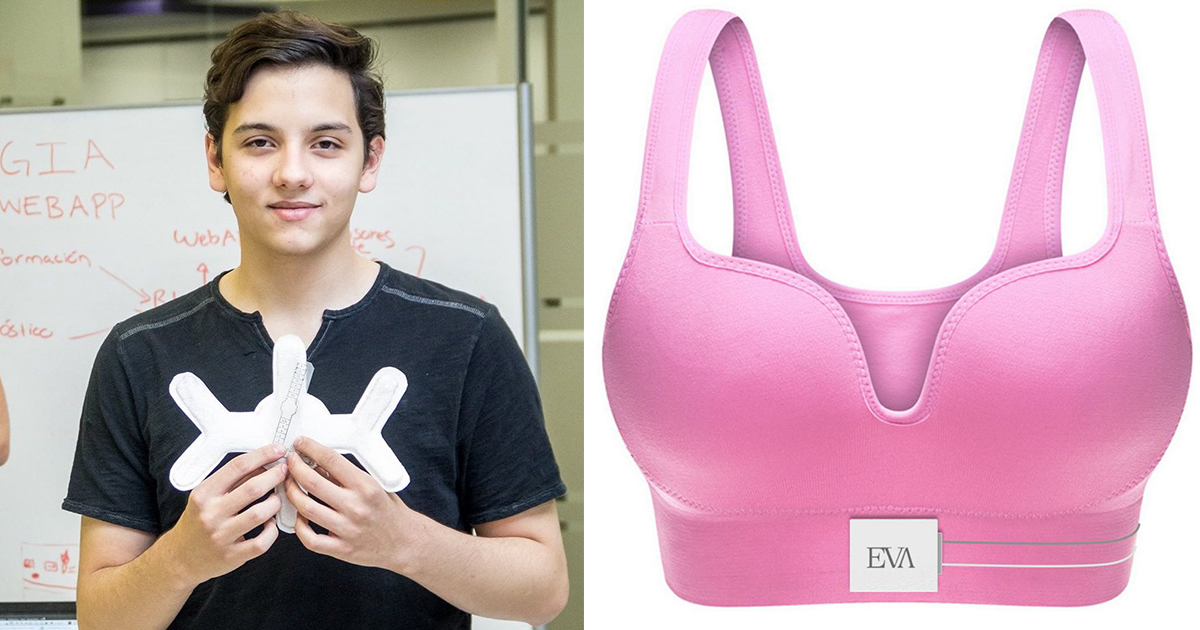 Breast cancer is a disease that affects about 12 percent of American women in their lifetime, according to breastcancer.org. And although death rates have been declining since 1989, many woman continue to lose their breasts in their battle to beat the disease.

In order to not only save women’s lives but also save their breasts, early detection is crucial. An unlikely champion of this cause is an 18-year-old year old named Julian.

Julian Rois Cantu was only 13 years old when his mother was diagnosed with breast cancer for the second time. The thought of losing his mom left a profound impact on the teen—and his response to his mom almost dying could eventually help millions of women diagnosed with cancer keep their breasts.

Julian, who is now 18 years old, has invented a bra that detects breast cancer.

Julian Rois Cantu was only 13 years old when he was faced with the idea of living life without his mother.

“The diagnosis came too late. My mother lost both breasts, and nearly lost her life,” Julian says in the video below.

Fortunately, Julian’s mother won her battle with cancer, but she had to sacrifice both of her breasts. The experience sparked an idea in Julian.

When he was 17, Julian started a company called Higia Technologies, whose goal is to save as many women’s lives as possible.

Through the company, Julian has invented a bra that detects signs of breast cancer at an early stage. Through 200 built-in sensors that can recognize changes in a woman’s breasts, the device keeps track of the wearer’s breast health. And woman have unlimited access to that data through an app.

Listen to Julian tell me more about it in this video:

Julian is only 18 years old, but he is working hard to save women’s lives. It’s so inspiring to see him make a positive impacy on the world. Please share this video to pay tribute to him.