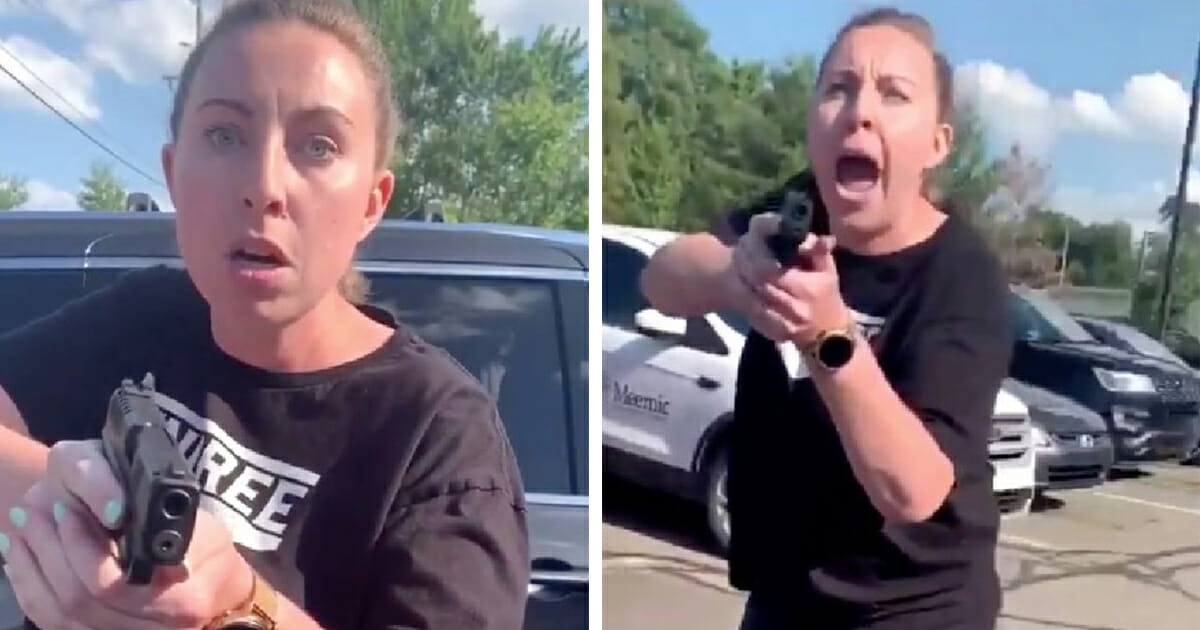 It was a disagreement that turned violent when a white woman pulled a gun on a black woman and her teenage daughter – all while being filmed.

The 15-year-old teen Makalaya Green was on her way to Chipotle restaurant in Oakland County Michigan.

“Before I could walk into Chipotle, this woman was coming out, and I had moved out the way so she can walk out,” Makayla said as per The Detroit News.

“She bumped me, and I said, ‘Excuse you.’ And then she started cussing me out and saying things like I was invading her personal space.”

The argument continued into the parking lot where Makayla called her mom Takelia Hill over because she was scared.

“I walked up on the woman yelling at my daughter,” Takelia said. “She couldn’t see me because her back was to me, but she was in my daughter’s face.”

It was then that the incident is recorded and the mother and daughter call the woman “racist” and “ignorant”.

A man gets out of a car and says to Takelia and her daughter: “Who the (expletive) do you think you guys are?” and helps the woman into the vehicle.

They exchange angry words before he gets back into the driver’s side to leave the parking lot.

The white woman had her window rolled down and says to the pair: “You cannot just walk around calling white people racist … White people aren’t racist … I care about you and I’m sorry if you had an incident that has made someone make you feel like that. No one is racist.”

She then rolls up her window and they exit the parking lot but Takelia was walking behind the car and to stop it reversing further toward her she bangs on the back of the window.

The same woman then gets out of the car and pulls a gun on the pair.

According to The Detroit News police were called shortly after the incident and they arrested the woman. It’s not clear if any charges have been brought at this stage.

‘Forever traumatized by this experience’

“It is abhorrent to think that some in this country have such a sense of self-righteousness and entitlement that the idea of pulling a gun out on an unarmed child and her mother is OK,” she said in a statement.

“It is not, and I condemn anyone who thinks otherwise. My heart goes out to Ms. Hill and her daughters, who may now forever be traumatized by this experience.”

What do you think about this incident? Feel free to leave your comments on our Facebook page and don’t forget to share it.