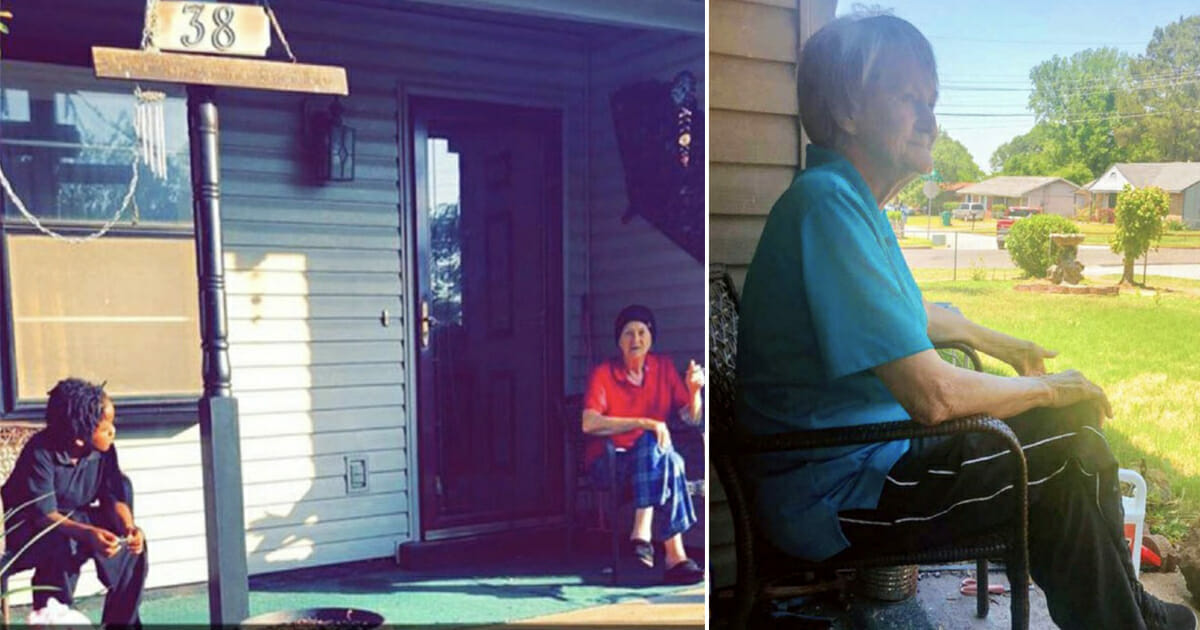 When I was young, I understood the importance of visiting my grandmother as regularly as possible. She lived on the other side of town and since I had two parents who worked a lot, it wasn’t always easy for us to make the trip. That said, as soon as I was old enough to journey alone, I tried to go every morning to call in.

I often woke up before the rest of my family, and decided it was best to use time that would otherwise be spent watching TV, talking with my grandma. I never actually asked if I was ever waking her up with my visits, but if I did she never mentioned it.

This year marks the 22nd since she passed away after a long battle with cancer. I still think of her every day.

Darrien works as an emergency nurse, which, as one can imagine, is very tiring.

Even so, being the person she is, Darrien wanted to help her sick grandmother Wilma. It’s almost impossible to find the time to do so, however, since her work schedule is so hectic.

It transpired that she was suffering from lung cancer. She underwent rigorous surgery wherein part of her lungs were removed.

It took Wilma time to recover, since she was left extremely weak following the procedure. Six months later, however, she was dealt another blow.

The doctors had discovered she had breast cancer as well.

For years, Darrien has urged her grandmother to move in with her, so she can better attend her when she’s ill. According to Darrien, however, Wilma is stubborn as they come, and isn’t willing to leave the home she’s lived in for 38 years.

“She loves her home, her independence, her yard, and especially her neighbors. Every morning around 6 am, she wakes up, makes a cup of coffee, and goes directly to her porch,” Darrien says.

Her granddaughter admits that not many would have good things to say about Wilma’s neighborhood. Apparently, it’s rough, dirty and not exactly easy on the eye.

A ray of hope

Ironically, though, it’s in this exact neighborhood that a ray of light is to be found shining through the dark times. The compassion shown by Wilma’s neighbors has been a true blessing.

Here’s how Darrien describes it on Love What Matters:

“I work full time in the emergency department in our hometown on night shift. That alone keeps my schedule very limited, along with being a full-time student. We don’t have much family here, so getting Nana back and forth to treatment every day and being able to check on her frequently (or as much as I would like) has been difficult for me to do.

This is where her beautiful neighbors come into play. They check on her multiple times throughout the day and have even helped me get her to chemotherapy and radiation appointments. They are honestly what keeps Nana going.

I can’t go over to her home without someone at some point yelling ‘Hey Ms. Wilma, How ya doing?’ She knows everyone by name and they know and love her just as much as I do.”

There’s one neighbor in particular who lights up Wilma’s life more than anyone else. 7-year-old Caleb has proven himself to be a godsend.

Wilma routinely offers Caleb food when she has some spare, and the two have formed a strong connection. Caleb lives just next door with his father and two brothers.

Darrien says that Caleb has an “old man’s soul”, and everyone in the neighborhood has a soft spot for him. When she learned of her grandmother’s friendship with the boy, she simply had to share it with the world.

Caleb will often sit on Wilma’s porch and talk for hours – they discuss all manner of things.

“My nana is so attached to him and the bond they have is incredible. He doesn’t come from much, but you can tell he has been raised on love. He will bust out a dance move in a heartbeat, will go on and on about how much he loves school, and make you laugh until you cry. This kid deserves the love he has received from this post.

He stands out from the norm and brings so much joy into everyone’s life he is around. I am so thankful for him and the love he has shown my grandmother. I know for certain it has helped her on her hardest days. He will never know how much I truly appreciate him.

I hope one day he realizes the impact he has left on her life and mine as well.”

Wilma is scheduled to undergo extensive radiation therapy soon. No matter what comes though, she knows she has her family and Caleb to rely on.

Just wanted to shed some light in this dark world we live in……..

Posted by Darrien Middleton on Tuesday, 8 May 2018

The world needs to hear more stories like this one. Caleb probably has no idea of the joy he is spreading.