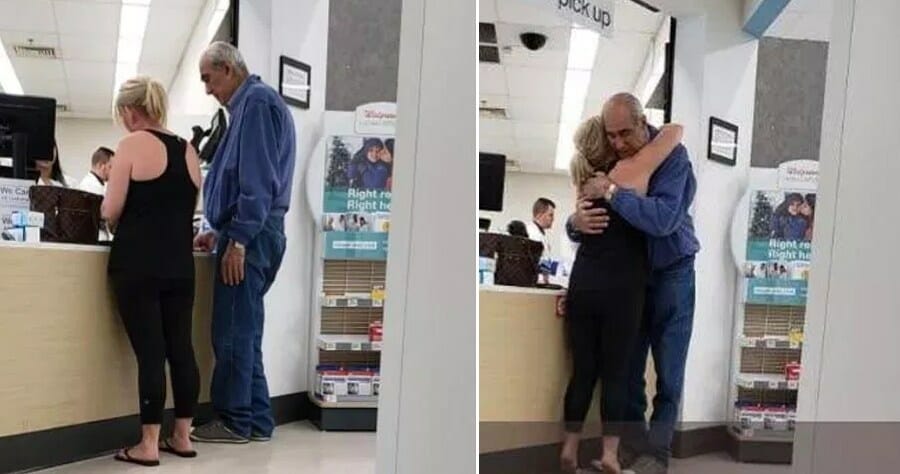 Every now and then we come across a story wherein someone hasn’t just exemplified the spirit of charity, they’ve embodied it.

It’s these such stories that we live for. In a world where it’s becoming increasingly popular to judge or make comment without due diligence, it’s important to highlight that good things happen too. There are still good people out there, and giving them a platform is what we strive to do.

One unnamed woman who posted about a particular incident she witnessed at Walgreen comes to mind when we talk about compassionate people. She detailed a touching scene on social media, and it’s since spread like wildfire …

As per the woman’s post on Reddit, she was sitting in Walgreen’s, close to the pharmacy, when she overheard a conversation between the pharmacist and an old man there to collect his medication.

It turned out the man was aiming to collect three months worth of medication, but there was an issue when the pharmacist told him the total was $170. The old man didn’t have the funds, and so was forced to check if he could just have one month instead.

This is where it gets interesting, though. A good Samaritan happened to be in the area; a woman who offered to pay for his medical supplies so that he needn’t go without.

One simple act of charity has moved thousands online, and the woman who witnessed it herself says she cried.

“OKAY, I just saw the most amazing thing today. I was waiting for my prescription at Walgreen, and I noticed this man is picking up his medicines.. He is asking how much they are, and starting to get nervous about the price. The total was $170 and the pharmacist asked if he would rather only get one month of his medicines instead of 3.

“THIS lady next to me, walks up to them and says: NO, he is getting all three months and pays for his bill. I was walking out of there with tears in my eyes, what an amazing woman…”

It’s stories like this that really put a smile on our faces!