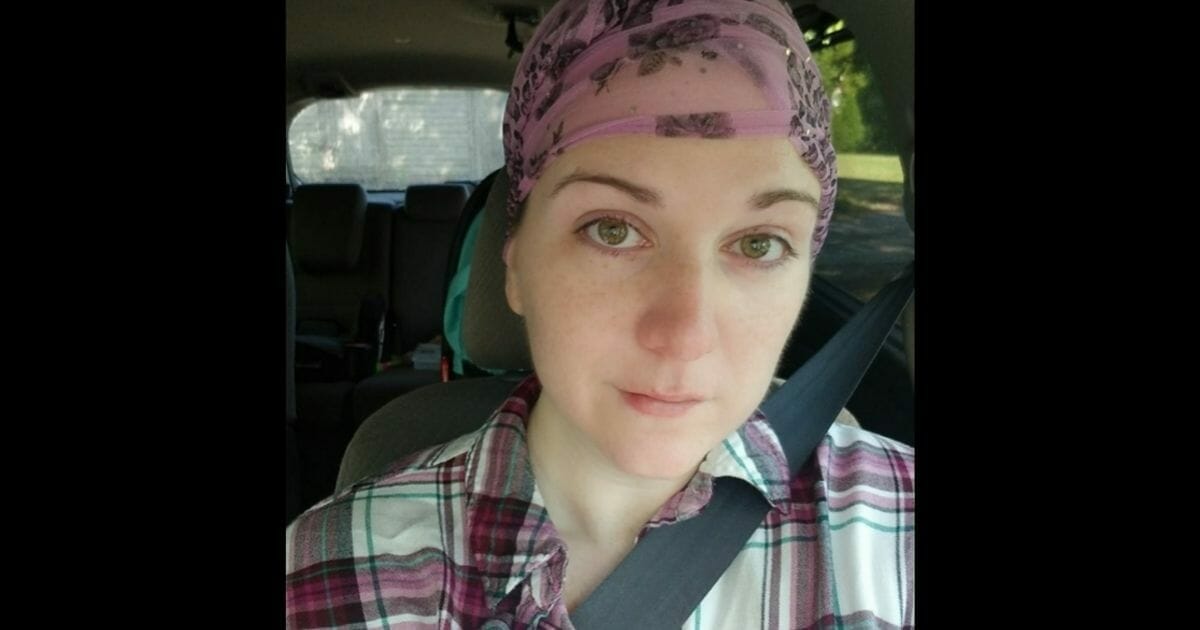 Fighting cancer is no walk in the park. This, I think, we can all accept.

Which is why when someone is diagnosed with it, or in the thick of a battle that will literally decide their lives, we rally around them and give them all the support they deserve.

What we don’t do – and this doesn’t just go for cancer patients – is belittle or mock them. That’s pretty standard, right?

Sadly, Marissa Sowers, a woman with cervical cancer, was exposed to that, and at one of the unlikeliest places imaginable: McDonalds.

Worse, it wasn’t another customer who made unkind remarks, but rather the employee serving her through the window.

Marissa Sowers in the midst of her battle with cervical cancer when she pulled into a McDonald’s one day to collect breakfast. Little did she know she was about to be ridiculed.

After the ordeal, rather than confronting the restaurant’s manager, she took to Facebook. There, she penned a post encouraging others to be kind.

“Dear McDonald’s worker who will probably never see this,” Sowers wrote on Oct. 11. “Ur drive thru windows aren’t sound proof. Ur probably wondering y I had tears in my eyes when u handed me my iced coffee … or maybe not, judging by the words u said after handing me my oatmeal…”

“Look at this white girl, tryin to wrap her head,” the McDonald’s employee had reportedly said. “Lookin all stupid.”

“As u and ur coworker laughed and passed judgement on my poor head wrap job, I hope ur day gets better. I went to McDonald’s for an iced coffee and oatmeal to try to make my day better, but u made it worse. I hope u never get sick. I hope ur healthy and thriving for ur life. I hope ur family members r healthy and happy. Cuz I didnt wrap my head to try to be anything in particular… I wrapped it cuz I shaved my head when my hair was falling out from chemo and having a baby, and yesterday my stepson told me he liked it.

“I wrapped it cuz the scarf was given to me from a woman at the office I get radiation treatments from. I also wrapped it cuz I haven’t showered in 2 days cuz I’m a mom who is still trying to figure out how to juggle everything. So, thank you for reminding me to be careful with my words… and to not judge a book by the cover.?”

Needless to say, Sowers’ post went viral, amassing an incredible 684,000 likes and 450,000 shares. Thousands came out in support of her, though she went on to say that she didn’t want anyone to “lose their job that pays their bills”.

What an inspiring women Marissa is!

Share this article to wish her all the very best in the future. Perhaps her post will teach certain people to never judge a book by its cover.