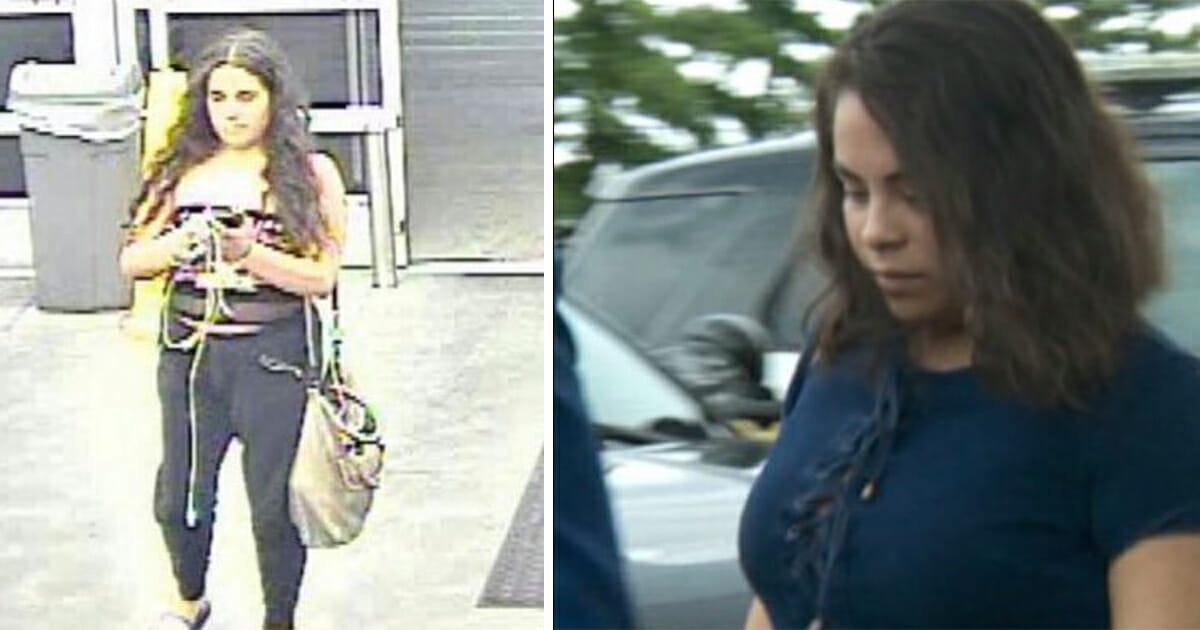 A Pennsylvania woman has been charged after being caught on a security camera urinating on potatoes at Walmart, according to reports.

Business Insider say 20-year-old Grace Brown was charged with open lewdness and summary counts of public drunkenness, disorderly conduct, and criminal mischief, after handing herself in to police.

A search was started for Brown after she was seen on film urinating on potatoes at a Walmart in West Mifflin, Pittsburgh. She later came forward and identified herself, as per a statement from the West Mifflin Police Department.

According to reports, a security tape showed the woman urinating on a mound of potatoes in late July. Walmart described the incident as “obscene”, and said they planned to prosecute the person responsible.

In a statement, the company said: “This type of obscene conduct is outrageous and we immediately disposed of the affected products and sanitized the area to ensure its cleanliness and safety for our customers.”

She turned herself in after surveillance images went viral.

Brown’s attorney, meanwhile, told media: “Clearly, she doesn’t want to see herself portrayed in that light. She’s a young lady that has a full-time job. She’s a high-school graduate. She’s working to make her life better.”

Of course, Brown’s is hardly an isolated case. Earlier this year headlines were made by the young woman who licked a tub of Blue Bell ice cream and returned it to the freezer in Lufkin, Texas. That seemed to spark a string of copy-cat crimes that spread on social media like wildfire.

We’ll say it loud and clear for those in the back: tampering with food in a store isn’t cool, funny or smart. It’s immature and will land you in a lot of trouble, like as not.

If you think that people who commit such crimes should face strong penalties to ensure they don’t do it again, share this article on Facebook!