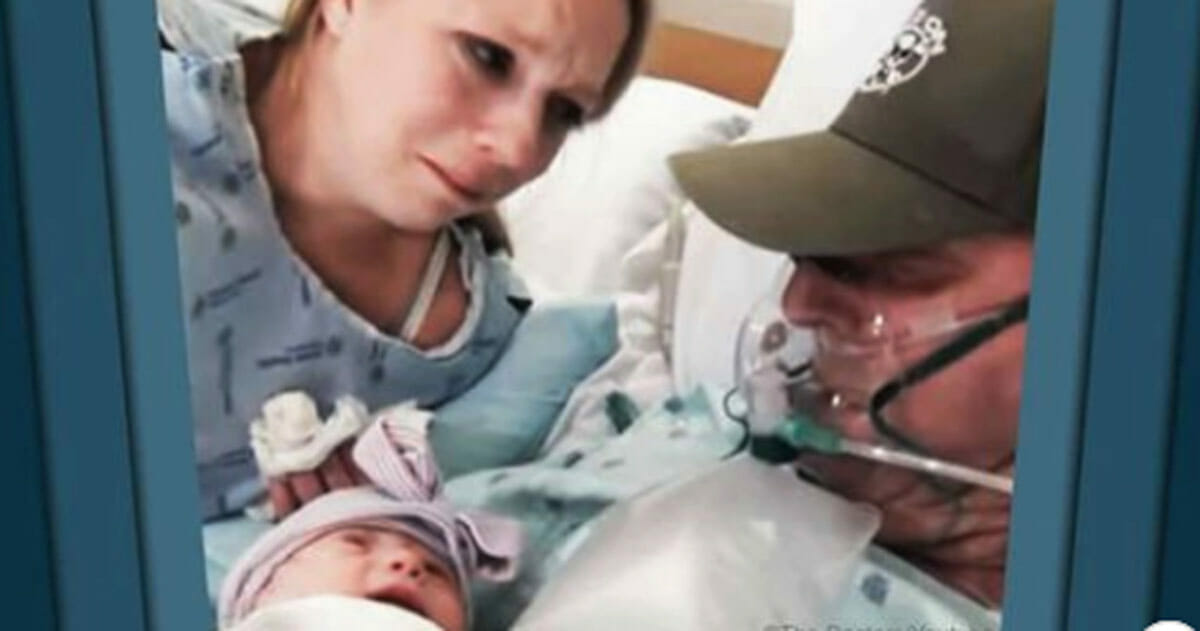 Awaiting the arrival of a baby can be the most precious time in a couple’s life. Making plans and sharing your hopes and dreams for this new life is such a privilege to experience.

But not every child is born into a picture of perfection; for many families they are thrown the most unfortunate curve balls that they just have to work around, despite the despair they may feel inside.

For the Aulger family in Texas the birth of their baby daughter Savannah in 2012 was a bittersweet experience.

Just before Diane and Mark’s fifth child was due to be born they were dealt a devastating blow. After getting the green light from doctors that Mark was cancer-free, he was then told eight months of chemotherapy had quite literally destroyed his lungs.

Mark was diagnosed him with pulmonary fibrosis, a condition that causes severe scarring and thickening of the lungs.

“We thought he could get on steroid treatment and oxygen and live for years,” Diane told ABC News.

She added: “He thought he’d be coming home in a few days with an oxygen tank.”

Sadly, however, fate had crueler plans for him. Just one month before his and Diane’s baby girl was due to arrive Mark, 52, was told by doctors that his condition was fatal.

Moreover, he was informed that he had less than a week left to live.

Now, this would have meant that Mark passed away before getting the chance to meet the new arrival to the family.

Diane wasn’t about to let that happen. She had been planning to have a natural birth but amid the pain of Mark’s devastating news, his partner had the courage to be induced two weeks early to give him the opportunity to meet his daughter before he died.

So, in a larger-than-usual delivery room, with Mark lying next to her, an oxygen mask over her face, Diane gave birth to Savannah on January 18.

“Our beds were side by side,” Diane said.

“The day she was born his oxygen levels were really high.”

Mark was able to hold his baby girl for 45 minutes and the one picture Savannah will have of herself with her father was taken.

“He held her for 45 minutes. Him and I just cried that whole time,” Diane added.

The next day, Mark attempted to hold Savannah again but could only manage a minute before he slipped into a coma, according to ABC News.

Five days after his daughter was born, on January 23, the devoted husband and father-of-five passed away.

“The kids go on as if dad is really still here,” Diane told ABC News. “Mark was a very funny guy. My kids still tell jokes how they would when he was around. He would have been a wonderful daddy to Savannah.”

This family will never forget this man who was taken too soon.

Please share to show your solidarity with this family, our thoughts are with them.