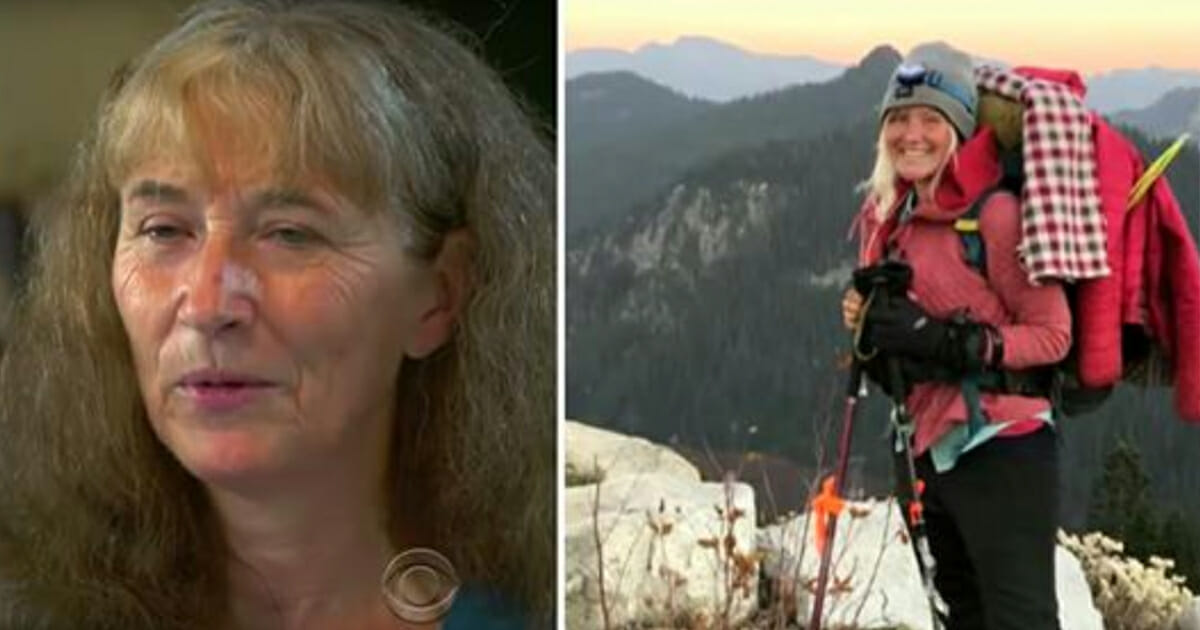 Unless you’re one of the few who live in a truly remote part of the world, chances are you see other human faces every day. Some you recognize, some you haven’t seen before, some you’ll never see again.

It’s a peculiar aspect of life that any one of these encounters could change your future forever. Just ask a woman named Nancy who crossed paths with a stranger while hiking one day.

On the hike, Nancy met a young woman trekking on her own. After saying hello, however, she realized there was something wrong. Erring on the side of caution, Nancy called the police … and ended up saving a life.

Nancy Abell lives in the state of Washington, U.S. The state is famous for its breathtaking landscapes, and Nancy often goes for long walks or hikes, surrounding herself with the mountains that preside over her doorstep.

Even on short walks, though, she takes care to wear appropriate clothing and take with her all the necessaries. She knows how quickly someone’s luck can change when it comes to the elements.

Encounter with a young woman

It was on one of her walks that Nancy encountered a young woman, Katharina Gröne. Katharina had embarked on the arduous Pacific Crest Trail, which stretches an incredible 2,500 miles from the northern border of the United States all the way down to the Mexican border in the south.

Katharina, who lived in Germany, was on her way to the northern border when she met Nancy.

Katharina was in sight of the end of her journey (just 150 of 2,500 miles left), but Nancy was concerned. She didn’t think Katharina adequately dressed for the mountains, and Nancy was worried that she was heading for more than she could cope with.

“If you were my daughter, I wouldn’t let you do this,” Nancy told Katharina. Despite Nancy’s urging otherwise, however, Katharina was set on pressing forward.

For Nancy, though, her two hours spent hiking alongside Katharina had left a lasting impression. She couldn’t forget about the German women, nor ignore the feeling that she was headed for trouble.

“I couldn’t sleep the night before because I was so worried about her,” Nancy said, as per CNN. “Anybody, really I would have done the same thing for if I thought they were in peril up there, because I’ve been through it and it’s terrifying.” After the weather took a drastic turn for the worse, Nancy realized a big storm was sweeping in.

She decided to err on the side of caution and place a call to the emergency services. Though Katharina was technically not a missing person, Nancy convinced the rescue services to begin an operation to locate her.

The team left their base via helicopter and began combing the mountains. It wasn’t long before they found Katharina … and, low and behold, the woman was in trouble.

Katharina had found herself in the middle of the storm and, just as Nancy had anticipated, she wasn’t properly equipped. Fortunately, the helicopter was able to retrieve her and carry her to safety – Nancy had saved her life.

“I’ll think of her as a hero for the rest of my life,” police chief J. Adams told CBS.

Katharina admits Nancy saved her, and not just in the way most would expect upon hearing her story. She says Nancy has restored her faith in humanity.

What’s more, Nancy invited Katharina to stay with her until she flew back to Germany.

It was a meeting that turned out to quite literally be a matter of life and death. See more on Nancy and Katharina’s incredible story in the video below:

Nancy is a true hero, that no one can deny.