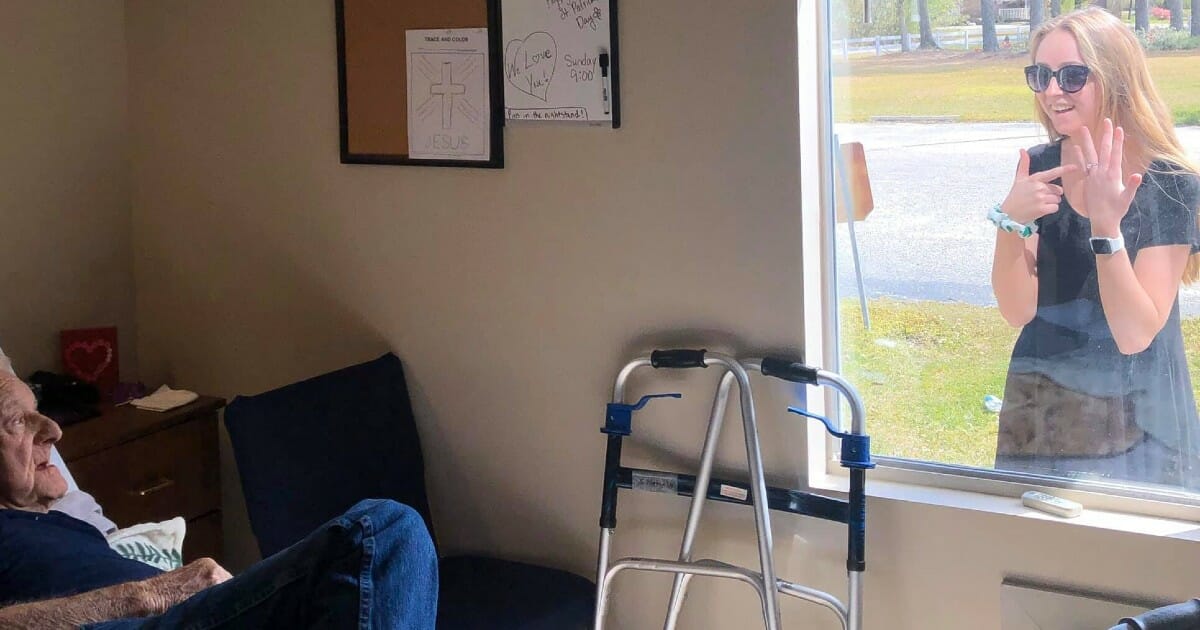 Life as we know it has changed. Some of us are no longer allowed to go outside, major stores have closed, and families are unable to see each other.

But the restrictions, which are to keep as many of us as safe as possible, has not kept some of us from sharing life’s milestone’s, albeit it at a distance.

Once it became clear that the number of COVID-19 cases were rapidly increasing, nursing homes and assisted living facilities closed their doors to visitors. That meant that those inside were suddenly cut off from friends and family.

When Carly Boyd got engaged she had to share the good news with her grandfather, but restrictions meant she couldn’t show him in person.

“I really wanted to be able to tell my grandfather because he has dementia and there’s no phone in there that he has access to,” Boyd said according to reports. “I just really wanted to make an effort to tell him.”

With the help of staff from her former employer Premier Living & Rehab Center, where her grandfather currently lives, she was able to show him her engagement ring.

The photos they captured, while heartbreaking, are priceless.

Boyd and her grandfather aren’t the only two who have been separated by restrictions set in place by the COVID-19 pandemic. Bob Shellard was unable to celebrate his 67th anniversary with his wife, but that didn’t stop him from sitting outside her window with a sign on their wedding anniversary.

And Charlie Johnson was unable to physically visit his 88-year-old father, but the two sat by his father’s window and talked on the phone.

During this difficult time, let’s not forget those who may be completely isolated from friends or family. Let’s try our absolutely best to keep in contact with them.

Share this article if this brought a smile to your face.