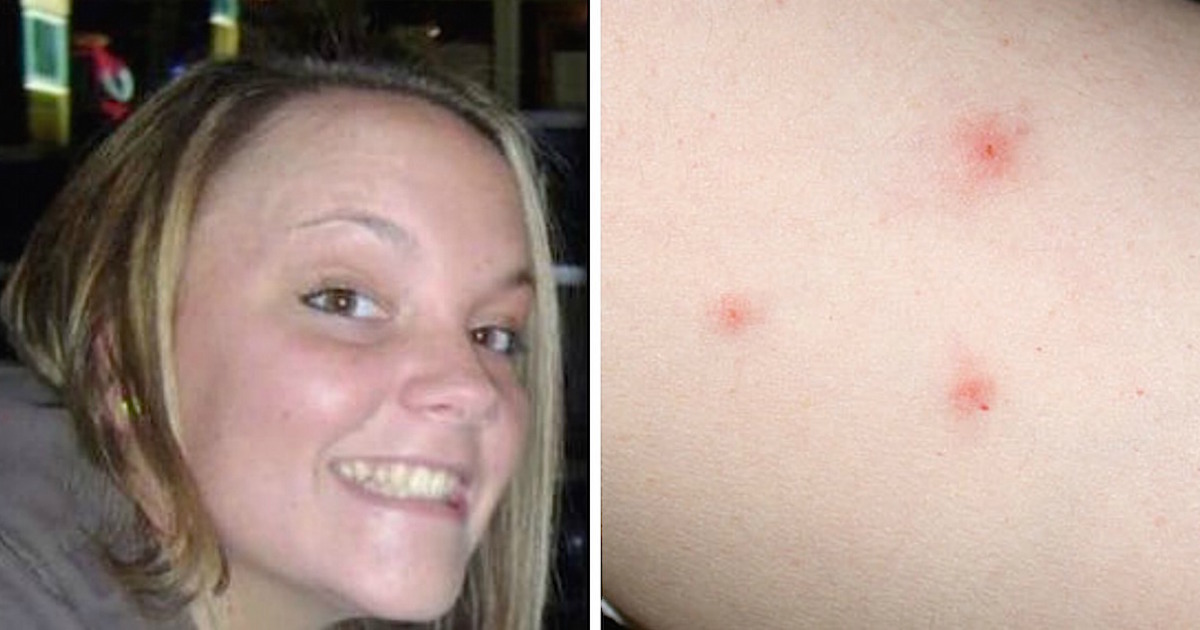 Life was good for 24-year-old Cassandra Campbell. She was happy mother of a newborn who had also just opened a tattoo salon.

Cassandra enjoyed life and looked forward to building her business and watching her child grow up.

Then Cassandra got bitten by a bug and went to the doctor to have it checked out. And she was sent home with a prescription for antibiotics.

After taking the medicine, Cassandra experienced flu-like symptoms and an itching that rapidly spread over her entire body.

Cassandra returned to the doctor several times, but was sent home each time.

Then one night, Cassandra’s condition got so bad that she was rushed to the hospital.

By this time, Cassandra’s skin was covered with painful cracked blisters. Her eyes were swollen shut and she couldn’t walk.

Not knowing the cause, Cassandra’s ER doctors treated her like a burn patient. And it took them several days before they could figure out the cause of her terrible symptoms.

Cassandra was eventually diagnosed with Stevens-Johnson syndrome, a rare life-threatening condition that affects the skin in a similar way to a severe allergic reaction.

The best known causes of this disease are medications like pencilin or Bactrim.

In Cassandra’s case, she had taken antibiotics, but the experts don’t know the exact substance in the medicine that set the disease in motion.

What started as mild symptoms worsened until the disease took Cassandra’s life-when her child was only three weeks old.

Now, Cassandra’s family wants to share her story to raise awareness about the disease. If a drug is the cause, the reaction occurs during the first two weeks after taking it.

The most important treatment for Stevens-Johnson syndrome in this case is to stop taking the drug that potentially triggered it as soon as possible.

Please share this information with your friends on Facebook. Together we can spread knowledge about this rare, fatal disease. If it only saves one life in the future, it will be worth it.