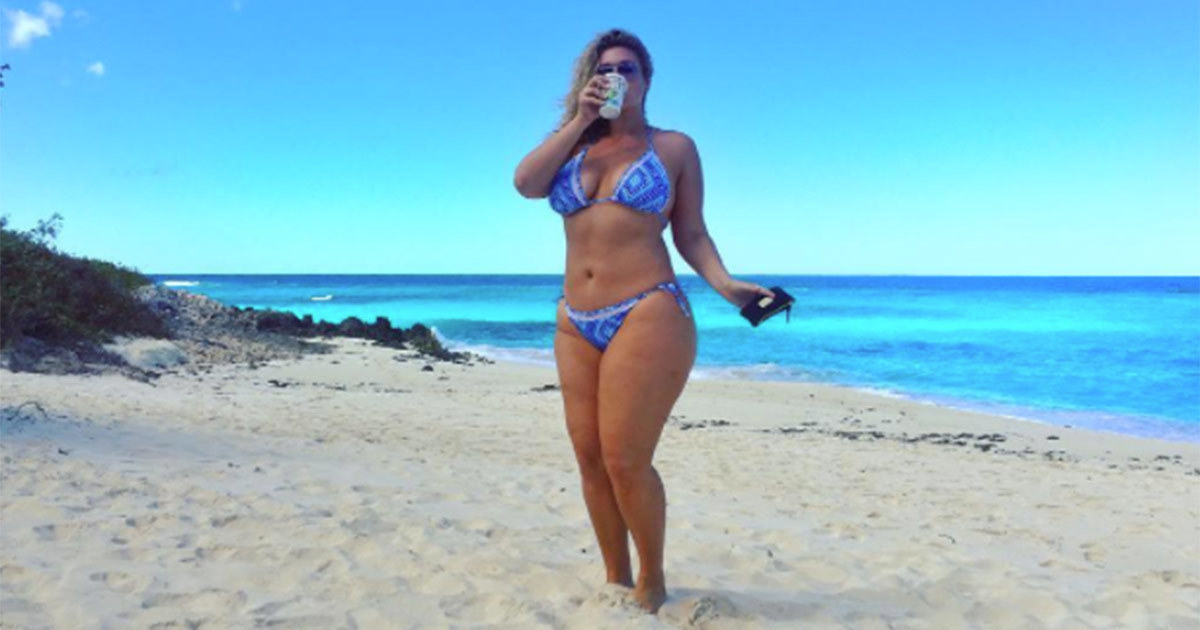 As kids, we all dream about what we’d like to be when we grow up. In some cases, those dreams come true, and in other cases, we change and our dreams change with us.

But when our dreams are crushed by bullies, it’s a different story—one that should never be written. Because no one should have their dreams stolen from them before they’ve even had a chance to try.

Hunter McGrady is someone who almost had her dream taken away from her. In high school, bullies taunted her and called her fat. But instead of letting all of that negativity crush her, she used it to push herself even harder. And now she’s not only wildly successful, she’s also an inspiration to young people who’ve been told that they’ll never accomplish their dreams.

When Hunter McGrady was little, she knew exactly what she wanted to be when she grew up. Her mother had been a model, and her aunt and grandmother had been models, too. So for as long as she can remember, Hunter also dreamed of becoming a model.

Hunter never let go of her goal—but her conviction was tested while she was in high school. Bullies said she was too fat to be a model and told her that she’d never realize her dream.

But Hunter refused to give up. She fought hard to lose weight and got a couple of modeling jobs—but she also realized that her body wasn’t made for the mold she was trying to squeeze it into.

“I didn’t work very much as a straight sized model because I am a very hippy person. Although I was 115 pounds and I’m 5’11—I was very very tiny for my height—I could never get rid of my hips,” Hunter McGrady told Sports Illustrated.

Then when Hunter was 19, everything changed.

She heard about “plus size” modeling, and a new door was opened. Hunter could be exactly who she was and still have a chance of realizing her dream!

After being contracted by a model agency, Hunter started getting more jobs.

She worked her way up the industry ladder and recently captured one of modeling’s most coveted jobs:posing for Sports Illustrated’s Swimsuit Issue.

Hunter has reached the stars, realized her dream, and showed that you should never give up.

And at the same time, she’s gotten sweet revenge on the bullies who once told her she was too fat to model.

Now, Hunter is using her success as a platform to spread her message: every body is unique and there are no flaws, just more to make you the beautiful person you are.

“My main goal is to get across to women that you are able to love your body at any size and that you’re sexy and beautiful at any size. Beauty is not a size and I’m really happy that the industry is accepting body diversity,” she told Sports Illustrated.

We’re all beautiful just the way we are. Never forget that! And don’t forget to share Hunter’s powerful message to your friends and loved ones!