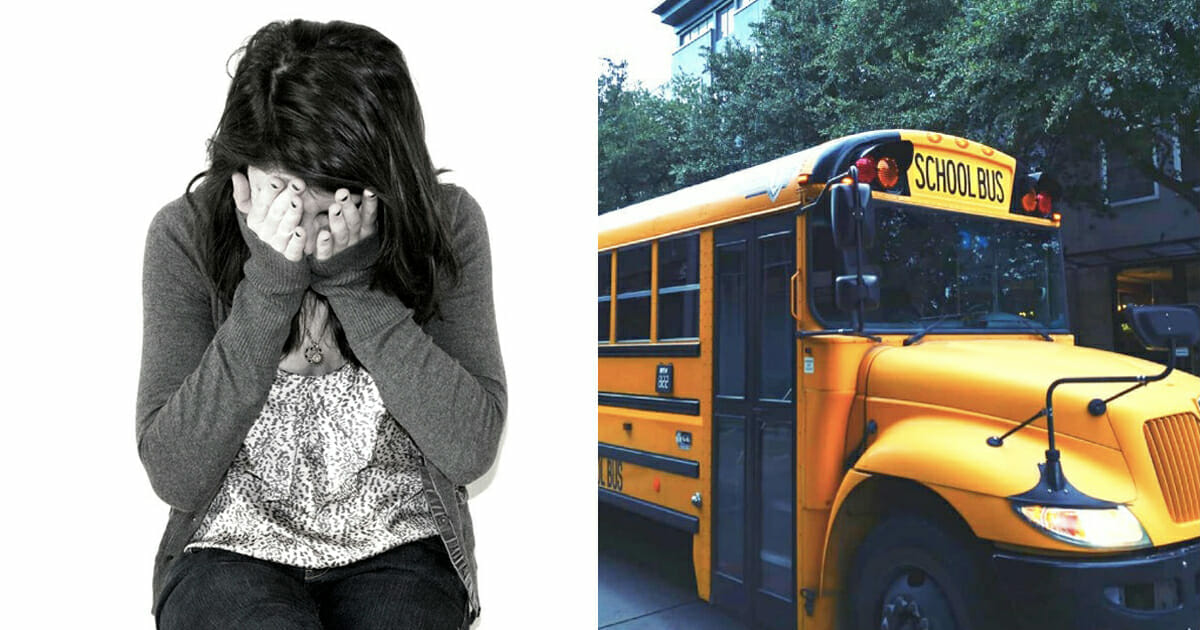 Sexuality can be both exciting and embarrassing for teenagers. Even as they’re curious to learn everything there is to know about the birds and the bees, few really want to sit down and have that embarrassing conversation with their parents.

Girls have an additional concern to worry about: their periods. Teen girls do not want to be the first or last in class to get it. And when it comes, you’re often terrified of bleeding through, leading everyone to know that it’s that time of the month.

Unfortunately, for one young girl, this is just what happened. As she was heading home on the school bus one day, a red spot become visible behind her pants. Unfortunately, it was not only her who noticed it.

Several kids on the bus also saw the spot and the young girl was mortified.

As we all know, children and teens can unfortunately be cruel in situations such as these, so when an older boy on the bus suddenly approached her, the girl braced herself for a joke or rude comment.

But instead of throwing a mocking comment, he said something that led the girl’s mother to later share the story of social media, writes news.com.au.

The boy had seen what had happened and decided to come up to the girl. But he wasn’t there to further embarrass her — quite the contrary in fact: He offered her his shirt so she could tie it around her waist.

At first, the girl was even more embarrassed and pretended that everything was okay. But the boy insisted. She finally gratefully accepted, and managed to get off the bus without feeling dreadfully embarrassed.

The girl’s mother not only praised the boy for his wonderful gesture, but also his mother because she raised her son to be such a wonderful young man.

”My daughter started her period on the bus ride home today… and a boy a year older than her.. that she doesn’t really know.. pulled her aside and whispered in her ear that she had a stain on the back of her pants and gave her his sweater to tie around her waist so she could walk home off of the bus… she said she was kind of embarrassed and originally said it’s okay.. but the boy insisted and told her ‘I have sisters, it’s all good!’”

If you are this boy’s Mom.. I want to say thank you and that you are raising him right!! We hear so many bad things about today’s youth, and I wanted to share something positive!

We hear a lot of negative stories about teenagers today so to hear something this positive is really wonderful.

After the mother posted the story on the Facebook group Guragaon Moms, it spread like wildfire on the internet and the boy is being praised to the sky and back for his act.

I can only agree. I think there are few teens who would have dared go to someone who was sitting and feeling humiliated while so many looked and giggled without doing anything.

Feel free to share this story with your friends on Facebook to pay tribute to this young man for his kind action.

There’s no doubt in my mind that he’s only going to become an even bigger gentleman as he gets older!