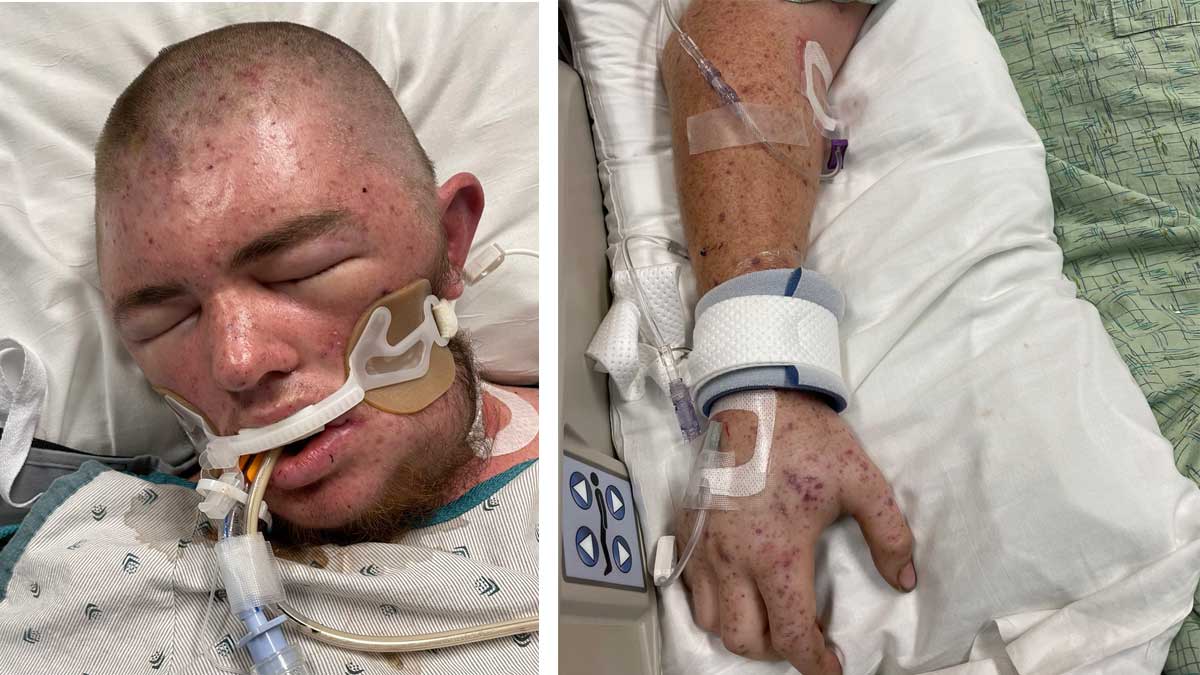 A 20-year-old Ohio man is in a coma following what could have been a potentially fatal incident after accidentally cutting into a bees’ nest while trimming a tree.

Austin Bellamy was cutting branches on a lemon tree last Friday when he unknowingly cut into a large bees’ nest. He yelled for help, but family members who were standing below him could not offer assistance because the bees began attacking them as well.

“When he started cutting them, that’s when the bees came out, and he tried to anchor himself down, and he couldn’t,” Phyllis Edwards, Bellamy’s grandmother, said.

Phyllis attempted to climb the ladder to rescue her grandson, but found it impossible.

“But I couldn’t get to him because I was surrounded in bees.”

When Shawna Carter, the 20-year-old’s mother, learned about her son’s accident she passed out. “It was just too much for me to take.”

Bellamy was transported via medical helicopter to a hospital where he was placed in a medically induced coma.

According to an online fundraiser, he was stung 20,000 times. During the ordeal he even managed to swallow 30 bees.

“So he had bees inside of him, and they suctioned bees out of him until Sunday morning,” Carter said.

Despite the horrific incident, doctors said Bellamy will fully recover.

It is a blessing to hear doctors say Austin will fully recover. It’s almost impossible to imagine the horror of being stung 20,000 times.

Please share and send your prayers for Austin’s continued healing.