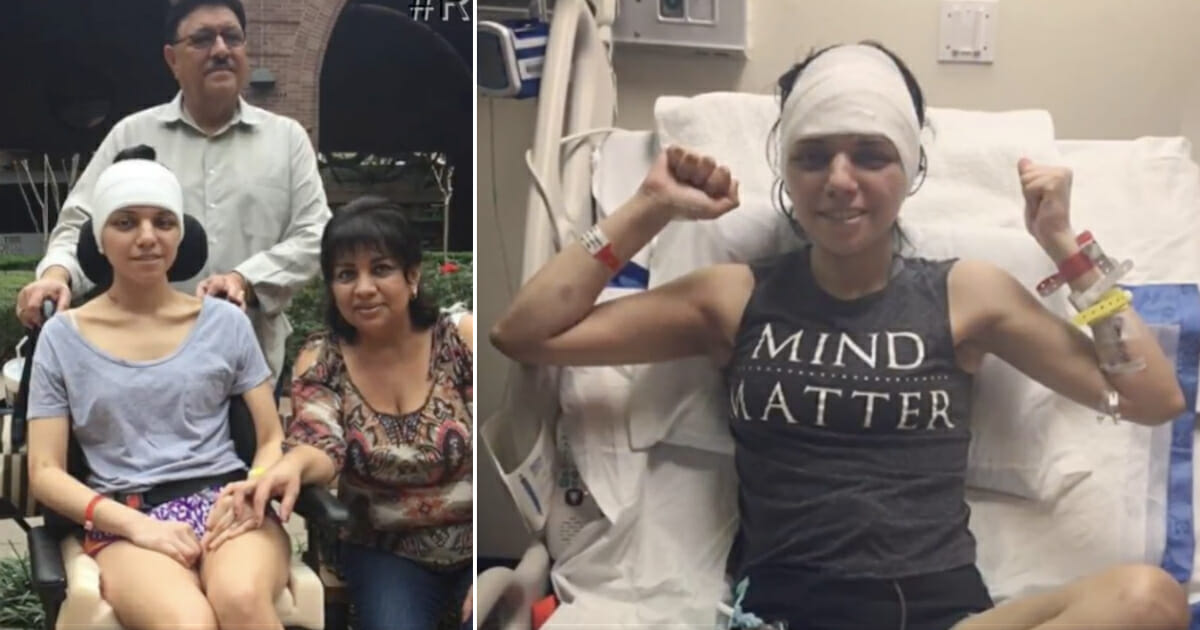 Her whole life, Claudia Martinez dreamed about becoming a doctor. But while attending the University of Houston, it seemed like her dream would be crushed by a devastating diagnosis: doctors told her she had Chiari Malformation. This meant that her brain tissue was extending into her spinal cord. Without treatment, she would become paralyzed.

A determined Claudia didn’t see the diagnosis as a disease that would stop her from fulfilling her dream.

“When I got my diagnosis, I was sent to a neurosurgeon,” said Martinez. “He told me that I needed brain surgery as soon as possible. If not, I was going to be paralyzed from the neck down. And so within a week I was undergoing my first brain surgery.”

But the treatment didn’t stop there. Claudia ended up undergoing six brain surgeries. All while while working to graduate from college college and then attend UTHealth McGovern Medical School.

She added, “Since I was first diagnosed, I’ve had six major brain surgeries. I thought I’d have one surgery. I knew my life would be a little different, but I thought I would have this surgery and go on to med school. And that would kind of be the end of my story. But it’s been quite the opposite of that.”

It was during her last surgery when her condition worsened: she suffered a stroke that left her temporarily partially paralyzed from the neck down.

She had to relearn how to perform the most basic of tasks, such as walking. Her mother even had to bathe and dress her during this period.

Eventually, she relearned how to walk. All that time, as she was struggling, she never lost hope that she would become a doctor. Even when she had to go through physical therapy, she was still working to earn her medical degree.

All her hard work paid off. She is now in her final year at UTHealth McGovern Medical School and will graduate next year!

What an inspiring young woman. She is a perfect example of perseverance and hard work. She will make a great doctor—please share if you agree!