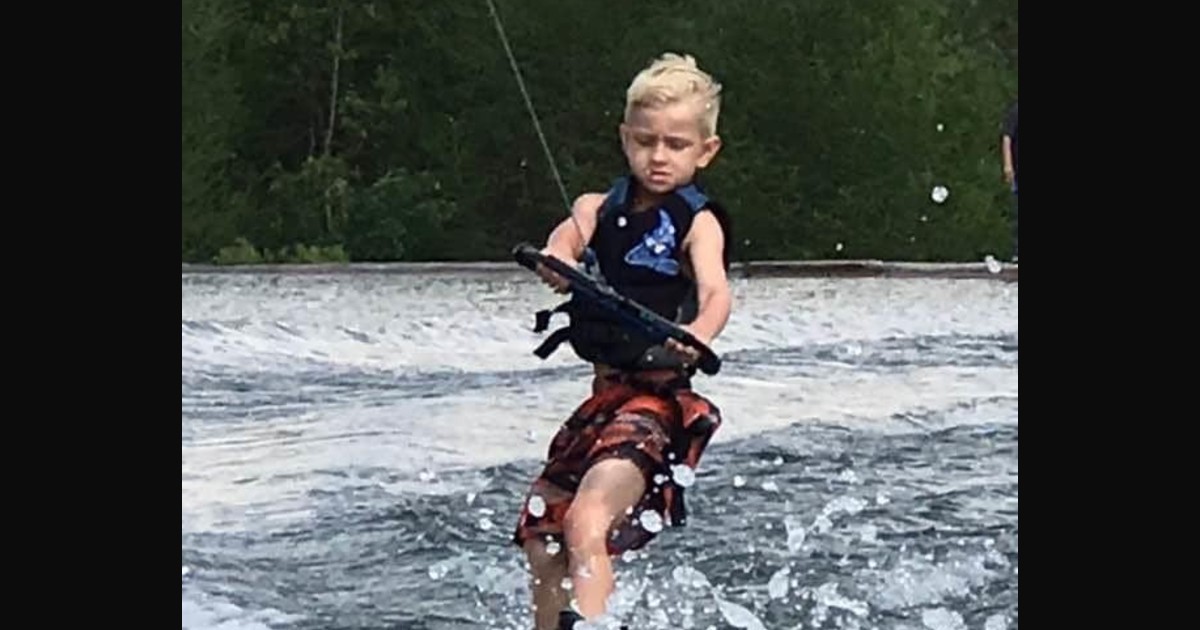 After what should have been a fun day at the lake turned into a devastating day, an Oklahoma mother is warning parents to be extremely careful when it comes to boating.

“This is the hardest post I will ever have to write, but this information needs to be shared,” Cassandra Free wrote on Facebook.

Due to a horrible accident that no one ever considered, the family’s 9-year-old son died due to carbon monoxide poisoning.

On June 6, Free and her family went out on Lake Eufaula, Oklahoma’s largest lake for a day of family fun. Her three sons, Johnathan, 15, Blake, 13, and Andy. 9, spent most of the day at the back of their boat.

“One of the things we hadn’t considered was the long no-wake zone,” Free told TODAY Health. “We had no idea it was so dangerous. Prior to that we had been out doing our normal stuff, tubing, wakesurfing.”

Free explained how while Andy and his brothers spent most of the day behind the boat or on the back of their boat, they were slowly being exposed to carbon monoxide.

That’s why at the end of the day all three of children appeared cranky. It didn’t occur to her or her husband Brett at the time that their tiredness, headaches, and dizziness had to do with anything besides a day in the sun.

As the family began cleaning up from their day on the lake, Andy went to the back of the boat and “curled up in a ball.”

“We were packing and cleaning up and the kids are groaning that they don’t feel good, just want to take a nap,” she said. “My husband got Blake, my middle son, up. When he tried to get Andy, the boat just rocked and Andy rolled off. My husband, he was like, ‘What the heck?'”

Brett and two other men jumped in to rescue Andy, but by the time they found him he was unresponsive. There was nothing that could be done.

After questioning why her son, who she called a strong swimmer, didn’t struggle in the water, it was suggested that her older sons get tested for carbon monoxide poisoning.

“It came back that they had acute carbon monoxide poisoning. The medical examiner was advised to go ahead and test Andy too. He did test positive for high levels.”

“His levels were 72 carboxyhemoglobin, which means 72 percent of his blood could not carry oxygen to his brain,” she said. “That resulted in brain death,”

Now, Free and her family have been left to grieve Andy’s death, knowing there was very little, if anything they could have done.

“I’ve been assured that my baby was so far gone that he did not cry out for me in his mind as he died. He went to sleep and that was it,” Free wrote on Facebook.

Were you aware that you could get carbon monoxide poisoning from boats?