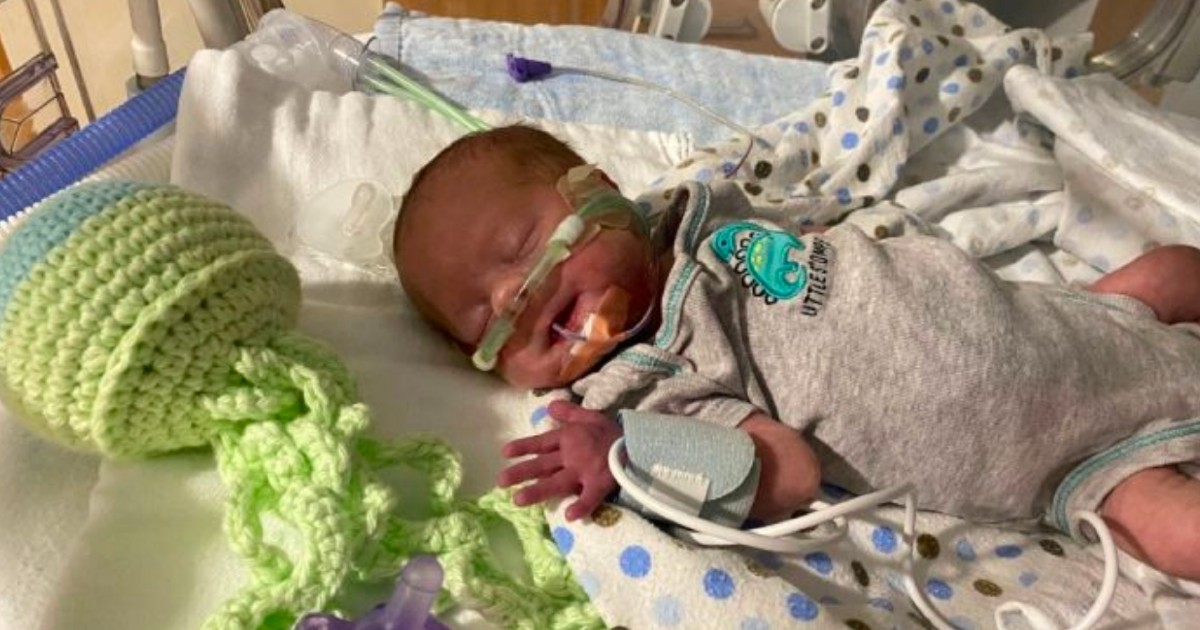 It’s not like anyone ever expects to have an issue when they become pregnant, but for Melissa Decker, who has two healthy pre-teens, the thought never occurred to her.

But when she was 20 weeks pregnant, her doctor informed her and her husband, John, that there was a very good chance their child would have Down syndrome.

“[The doctors] found out that there’s like a 90-percent chance he would have down syndrome, which is why he was measuring short,” Amanda Decker, Melissa’s sister-in-law told WTOL.

As a result of some complications, their baby boy was born early.

“I think at one point they lost his heart rate and they were able to get it back,” Amanda said, “so then they finally just decided they had to take him eight weeks early, like he probably wasn’t going to survive in utero, they had to take their chances.”

Not only was their boy, who they named Lincoln, premature, but he had a rare form of Down syndrome, translocation down syndrome, as well as several heart conditions.

He was diagnosed with pulmonary stenosis, tetralogy of fallot, and a hole in his heart.

His doctors called him “one in a million.”

Due to his health, Lincoln was transported by ambulance to C.S. Mott Children’s Hospital in Ann Arbor, Michigan so doctors could perform surgery to fix one of his many heart conditions.

According to a GoFundMe set up by Amanda, while at the hospital, Lincoln’s left lung collapsed and he was diagnosed with pneumonia.

He’s currently receiving antibiotics and is recovering, but he still has a long road ahead of him.

Since Lincoln is so small, he weighed just under three pounds when he was born on July 30, doctors have to assess how to proceed with treatment to give him the best chance at life.

So far more than $3,000 has been raised for the family. As Lincoln continues to stay in the hospital and receive care for his heart conditions, the bills will pile up and Amanda hopes the community will come together to help her one-in-a-million nephew.

I pray for Lincoln, his family, and the doctors and nurses who are taking care of this sweet baby boy.