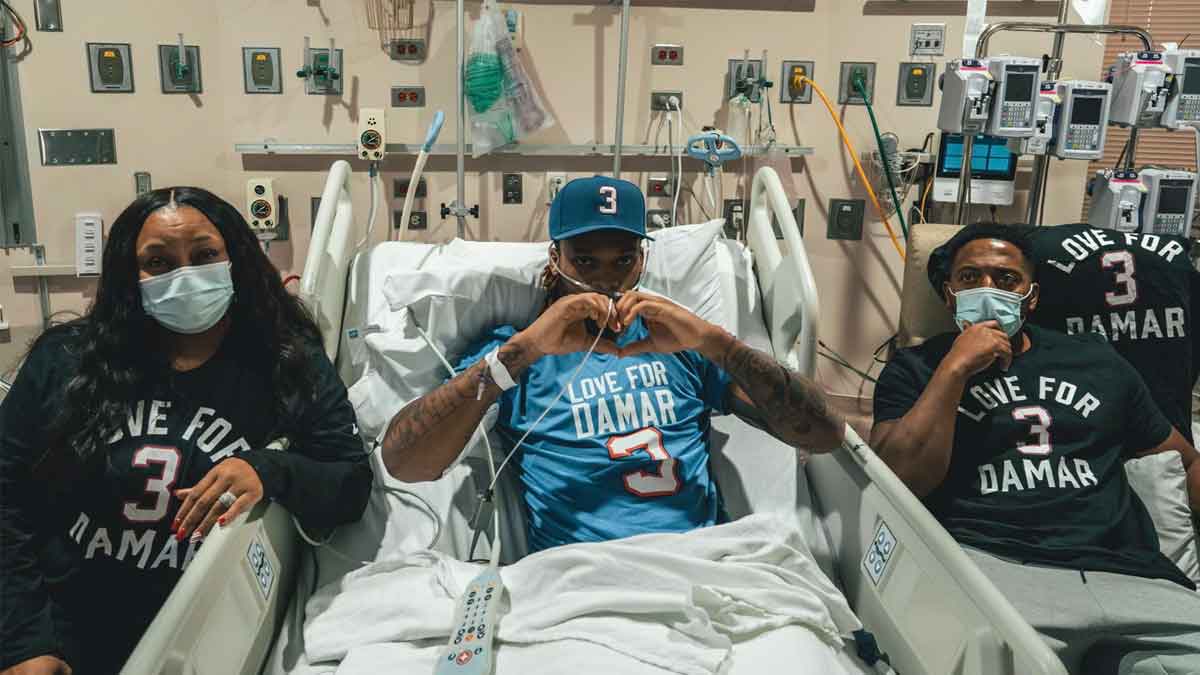 Whether you call it a medical miracle, the power of prayer, or further proof that doctors and nurses deserve more praise, Buffalo Bills Damar Hamlin has been released from the hospital just nine days after suffering cardiac arrest during a game the Cincinnati Bengals.

On Wednesday it was revealed the Bills safety had been discharged from Buffalo General Medical Center after spending two days at the facility following a week in intensive care at University of Cincinnati Medical Center.

“We have completed a series of tests and evaluations, and in consultation with the team physicians we are confident that Damar can be safely discharged to continue his rehabilitation at home and with the Bills,” critical care physician Dr. Jamie Nadler said in a statement released by the team.

The 24-year-old collapsed after making a tackle during Monday Night Football. CPR was performed on the field, and after several agonizing minutes he was transported to the hospital in critical condition.

After spending two days under sedation, Hamlin woke up and began communicating with his medical team and family.

He was eventually able to breathe on his own.

Several days after the horrifying incident he addressed his teammates, and when the Bills played the New England Patriots the following Sunday Hamlin was well enough to cheer on his team from his hospital bed.

Ever since Hamlin collapsed on the field, the country has been keeping a watchful eye on the Bills safety. With each update it seems the impossible has happened, and now just over a week after suffering cardiac arrest he’s been released from the hospital.

This is the absolute best news. I pray Damar’s health will continue to improve.