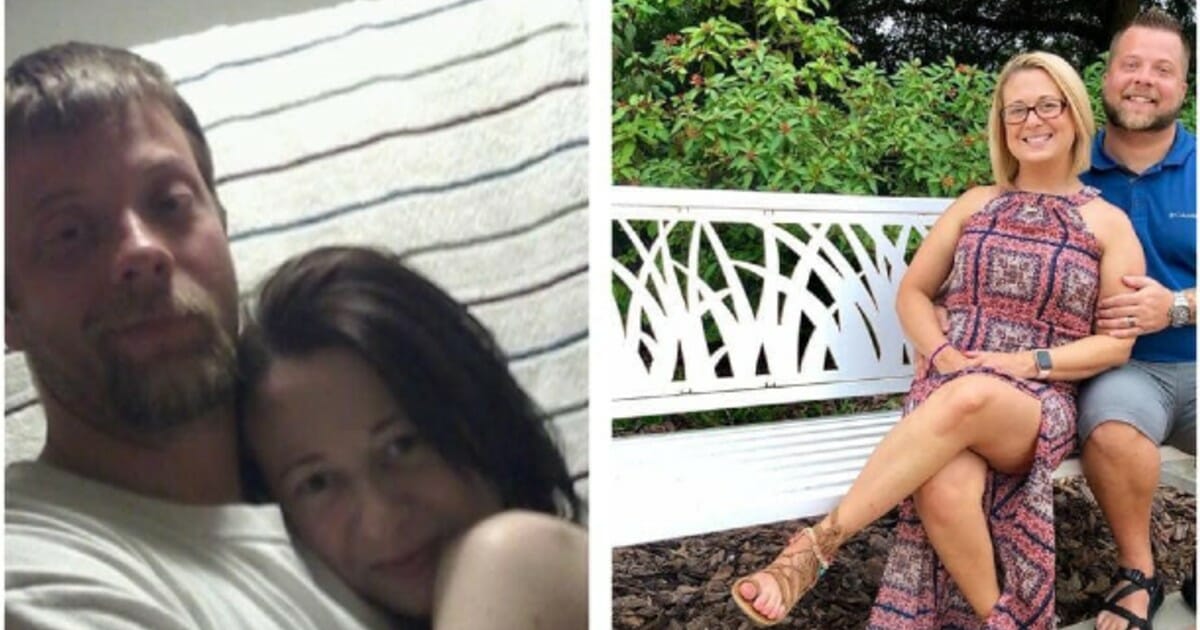 A Tennessee couple are sharing their before and after photos in hopes that their transformation inspires others.

No, they’re not weight loss photos, they are a photo of when Brent and Ashley Walker were addicted to meth and a photo of them when they were two and a half years sober.

“It’s not an easy road. It’s a very hard road,” Brent told News 4 JAX’s Inside Edition. “But once you get past your year mark, it’s been like blessing after blessing, and happiness all the time.”

When Brent, 30, was just nine years old he started stealing his parents cigarettes. He smoked marijuana by the time he was 12, and just a few years later he did acid and ecstasy.

At 18, Brent and his older brother moved into their own apartment where the two began to sell drugs. Not long after the two got their own place, Brent’s brother died while driving under the influence.

“That’s when I tried meth for the first time and it just pushed me further into my addiction,” Brent said. “I didn’t know how to deal with it at the time. I was real young.”

During this time Brent met Ashley and entered into a relationship.

“It was like you’re on a roller coaster. He would have his few days that he wouldn’t be on the drugs and we would be coming down, and he would be him. When he would get back with his old friends, he would be a totally different person.”

Brent told Inside Edition he treated Ashley like “complete garbage,” yet she stayed by his side. Even when he went to prison several times, she continued to stick with him.

“I always told him I see something different in him, and I want to have that long lasting relationship with him. I always wanted to be sober with him, have a family, have a life with him,” Ashley said. “I knew we would be able to do it. We just couldn’t get past the drugs.”

Then something changed. On New Years’ Eve in 2016, Brent decided he wanted to get sober. The couple started their lives over by setting small, achievable goals.

The first goal they intended to reach was 30 days sober. When they were sober for a month they celebrated by getting married. Next on their list was Brent receiving his GED and Ashley reconnecting with her family.

Currently, the couple are working on fixing their credit score so they can purchase a house and regaining custody of their children. Both have children from other relationships.

Ashley, who works in an ICU at a hospital, sees overdoses and people going through withdrawal on a near regular basis.

“…it really breaks my heart knowing that I’m on this side, and knowing they can have a better life.”

The couple hopes that their photos will inspire others to change their life.

At the end of 2019, Brent and Ashley will have been sober for three years.