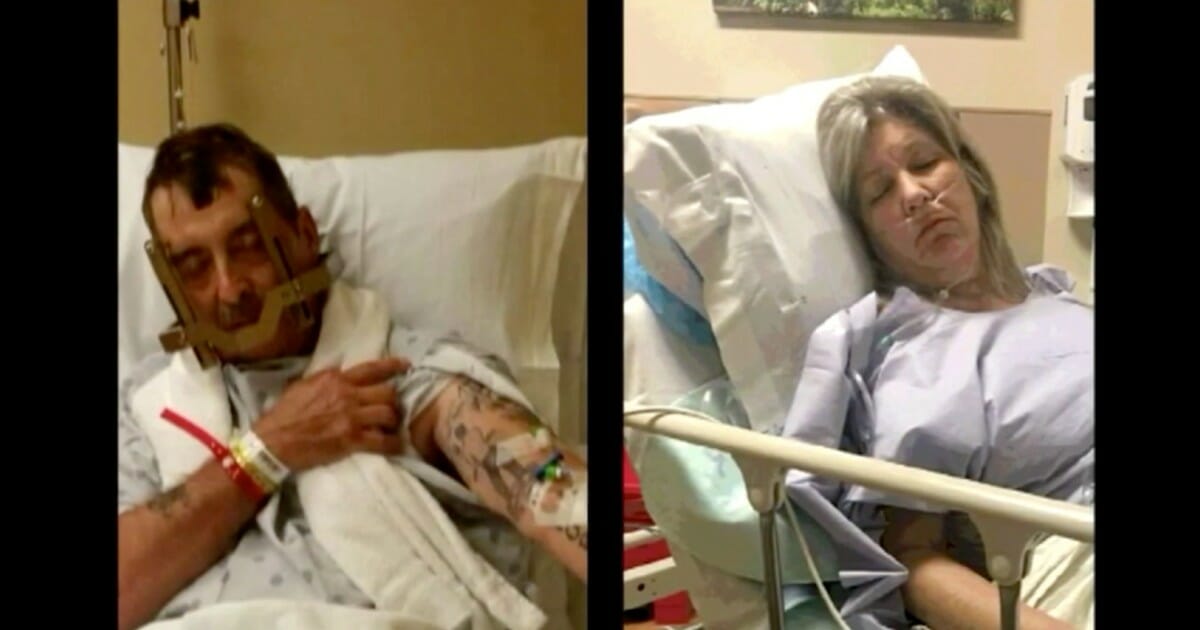 A husband and wife in Virginia are currently battling lung cancer together after they received the devastating diagnosis only weeks apart.

What are the chances of a couple battling the same, terrible disease at the same time? Slim, but it’s happened and it’s devastating.

In July Lisa Doyle was diagnosed with cancer. Before her diagnosis she had endured several bouts of bronchitis, and it wasn’t until July that her doctor delivered the unfortunate news.

“I’ve been looking at your scans all afternoon and I’m sorry, it’s lung cancer.”

But five weeks after Lisa was told she had stage 3 lung cancer, her husband, Seth, was given similar bad news.

“His is terminal, it spread to his brain. He has 14 tumors in his body,” Lisa told WAVY.

Seth, who has on average two years to live, said he’s more afraid of leaving his wife behind than he is of dying.

“I’m scared of what’s going to happen to her, I’m not scared about me dying, because I’m going to a better place. I’m scared of leaving her here … all by herself, sick, bills rolling in, that’s what scares me the most,” he said.

Currently, Seth is receiving radiation and Lisa, who was receiving chemotherapy, has decided to put her treatment on hold.

“I can’t sit back and do treatment and be fighting for my life and be a positive to live as I watch him die,” Lisa said. “It’s a chance I’m willing to take, I can’t have both of us back in there laying in the bed. He says he wants me to be happy again, he wants me to go into remission and have a happy life.”

“It’s in God’s hands and I’m putting my faith in that and I am hoping for a miracle.”

After the couple received their diagnoses, they both had to stop working. Friends and family have banded together to help raise money so the couple won’t have to worry about medical bills and rent.

As the couple battle lung cancer together, there’s many unknowns, but there’s one mystery that many can’t help but question–how did they both end up with the same cancer at the same time?

Lisa suspects their diagnoses might be related to their son’s death a few years ago.

“I’ve read that with cancer … usually it’s linked to some kind of major trauma,” she said. “The grief was so intense with losing our son, he was on life support for four days, it’s not just like we got a call and it was done.”

There’s also the possibility that Seth’s job had something to do with it. Seth worked in construction and knew he had come in contact with asbestos throughout his career.

Whatever the cause, it’s still devastating.

“It’s a living nightmare, you wake up every morning and you are like, ‘is this real?’”

Having one family member with cancer is hard enough, imagine two and at the same time.

Share this to pray for the Doyles. They need all our prayers right now.