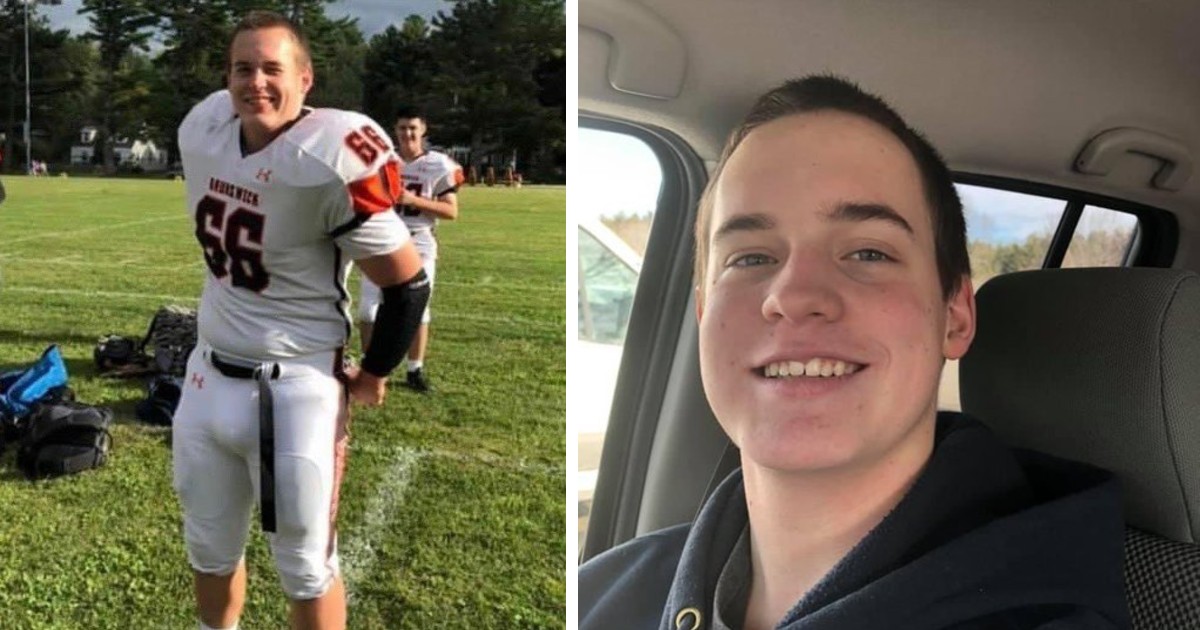 The pandemic has taken a toll on everyone, that’s a fact that no one can argue.

It’s been especially hard for children and teens who have been forced into isolation as their schools use a hybrid learning system or go completely virtual.

One of countless students who found themselves struggling was Spencer Smith. The 16-year-old died by suicide on December 4, and his family says it was due to the isolation created by the pandemic.

“He’s loved by so many that it’s hard to believe he’s this depressed and he did this,” his father, Jay Smith, told News Center Maine.

Spencer was a sophomore at Brunswick High School in Brunswick, Maine who loved his family, friends, and football.

According to his father, he spent all summer getting ready for the football season, but when he learned he would be playing flag football because of COVID regulations, his attitude changed.

“As soon as he found out it wasn’t going to be a regular football season, looking back, we noticed he stopped working out. He stopped riding his bike as much to the point he didn’t even work out anymore. Instead of working out, he took naps,” Jay told WMTW.

When school started Spencer found it to be challenging. Although he went in one day a week, he still felt isolated and asked to stay home.

“Thinking back, the last few months, we … we realized we missed catching the signs that things were getting worse for him.”

Spencer died by suicide nearly one year into the pandemic, and now his family wants other families to keep a watchful eye on their children.

Social isolation and the uncertainty of the pandemic can lead to “development or exacerbation of stress-related disorders and suicidality,” especially in vulnerable populations, according to a recent article in the International Journal of Medicine.

It’s particularly difficult to combat because officials urge social distancing in order to prevent the spread of COVID-19.

Jay hopes that students will be able to return to the classroom in order to get the interaction that so many of them crave.

But in the meantime, Berean Baptist Church Pastor Mark Rockwood, a pastor who attended a vigil for Spencer, urged others to stay in contact with each other.

“Don’t assume someone else is making that call,” Rockwood said. “You make that call. … Let’s not gather here like this ever again.”

If you or someone you know is struggling contact the National Suicide Prevention Lifeline at 1-800-273-8255. Help is available 24/7.

No one could have predicted the immense feelings of isolation that so many of us have been feeling during the pandemic, but we need to continually look out for each other.

Check in on your loved ones, neighbors, and coworkers. Someone might be struggling, but too afraid to speak up.