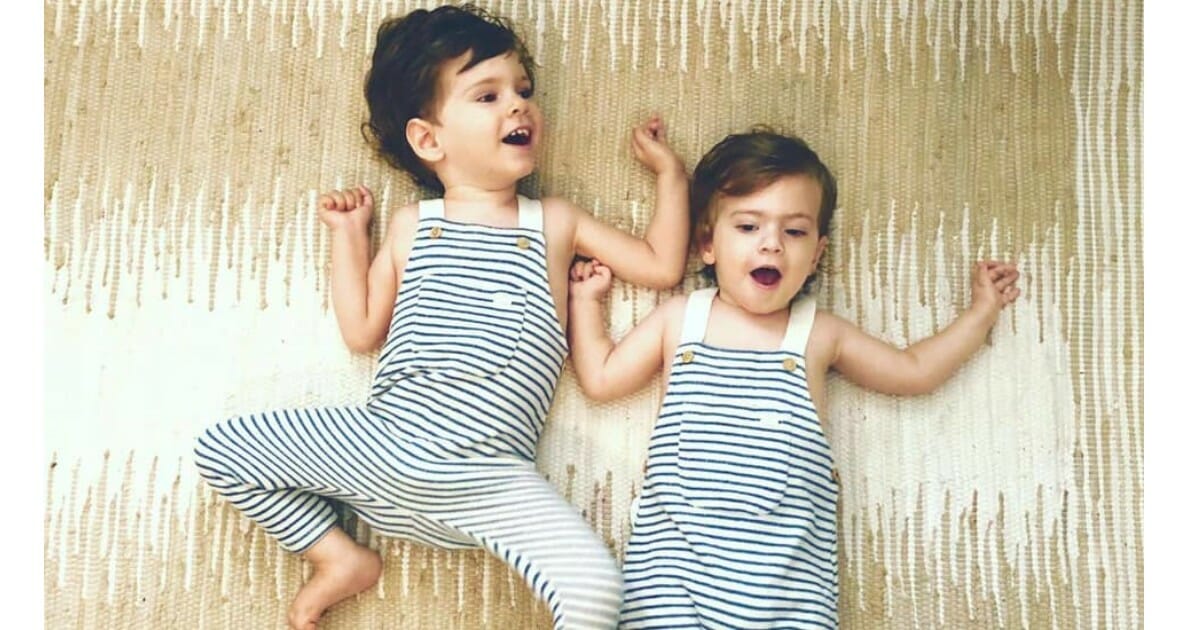 Brothers Benny, 4, and Josh, 3, are just weeks away from receiving a life-saving treatment, but one thing stands in their way, money. And lots of it.

The Landsman family needs to raise $560,000 for the boys’ upcoming treatment as well as an additional $280,000 each for the other six to eight children who are in the same trial as the 4- and 3-year-old.

When Benny was six months old, Gary and Jennie Landsman noticed he seemed delayed in some areas.

“We took him to doctor after doctor, different specialists, and nobody was really able to diagnose him,” Jennie told CBS New York in August 2019.

No one had an answer. It wasn’t until their son Josh was born and he was two weeks old that the Landsmans received a diagnosis.

Benny had Canavan disease, and so did their newborn Josh.

Canavan disease is a rare, degenerative, and inherited brain disorder. It is fatal and children often do not live past their adolescence.

“Hearing your baby has a death sentence is nothing a parent should never have to hear,” Gary said. “They don’t crawl, they don’t walk, they don’t talk, they have trouble feeding themselves.”

After receiving the difficult news, the family, who also have a 10-year-old son and 1-year-old son, searched for a treatment for their boys.

Their research paid off. Not only were they able to find doctors and labs who were willing to work with them to develop what’s called an experimental, compassionate-use trial, but the family also raised $4.5 million in order to save their children and others with the same disease.

But now, with just weeks until the boys are set to receive the experimental gene therapy, the family is still thousands of dollars short.

“Being so, so close, we can almost touch it, but we still need to make this huge leap before we can arrive at the finish line,” Jennie told PEOPLE.

If you would like to help, the family has set up a GoFundMe for the boys or you could donate to the Cure Canavan Fund.

If the experimental treatment works, which experts believe it will not only will Benny and Josh greatly benefit from it, but so will others who have other neurological disorders.

“When scientists figure out how to treat a brain disease like Canavan, they can then use that same technique to go and treat other diseases that affect millions of people,” Jennie said.

“I’m so grateful to all the people who have helped us. We could never do this alone.”

These boys and other children just like them deserve a chance. If you are able to help visit their GoFundMe or the Cure Canavan Fund website.

Share this story so others will help this family reach their goal.