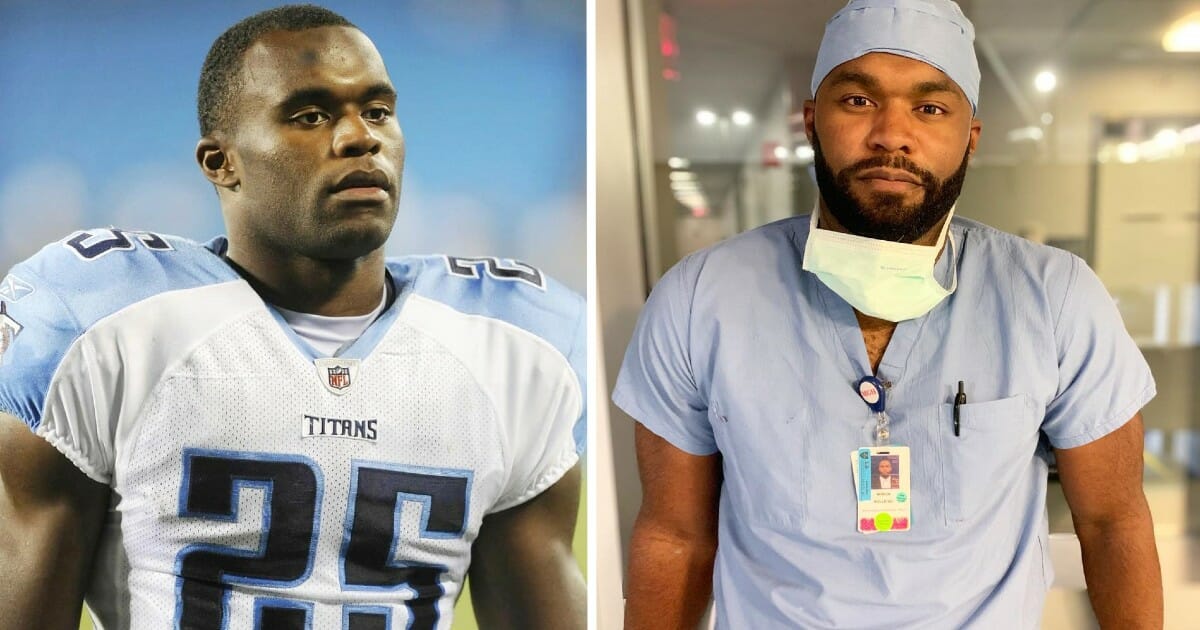 Not too long ago Myron Rolle was on the field for the Tennessee Titans as a defensive back. Now, the former NFL player is a neurosurgery resident at Massachusetts General Hospital and recently he’s been on the frontlines doing everything he can to fight COVID-19.

Rolle was considered a top high school football prospect. He went on to play at Florida State University and believed he would be drafted to the NFL in the first or second round. However, the Tennessee Titans selected him in the sixth round. He never played in a regular season game.

He eventually ended his football career in 2012 with the Pittsburgh Steelers.

But while one career ended, he still had another to pursue, a career in the medical field.

During his senior year, he pursued a master’s degree in medical anthropology at Oxford University. And now he’s in his third year of residency.

“Football has never left me. I still wake up in the morning and think of the operating room like a game, like it’s showtime let’s perform,” Rolle said. “I got to do what I got to do because people are counting on us right now. This is our time to help very sick people. And so that motivation continues to drive me every single day.”

The past several weeks, Rolle has seen his position at the hospital change and he’s compared it to football.

“Obviously, neurosurgery is not directly connected to this upper respiratory illness,” he said. “But just like in football, if you’re called to do something different that you weren’t expecting, you adjust. You adapt.”

While elective surgeries have stopped, emergency surgeries are still taking place. But in the meantime, Rolle is helping with coronavirus patients.

As someone who has seen firsthand what the virus can do, Rolle wants everyone to know, “the hype is real and it’s not done for hysteria.”

It’s not done to scare or to frighten anyone. It’s really done to make you aware that there are stories and cases here that will change lives and would shock people, to the point where if this is your loved one, you’d say, ‘Yeah, I want everyone to take this as serious as I’m taking it,’ because I’m seeing firsthand what’s happening. And the ideology that we have an important role to play. Social distance, physical distance, lifestyle modifications, staying home, doing everything you can to kind of flatten this curve, all of that is crucial.

Thank you, Myron for fighting on the frontlines. I applaud you and all of your coworkers for all of the hard work you are putting in to take care of all of us.